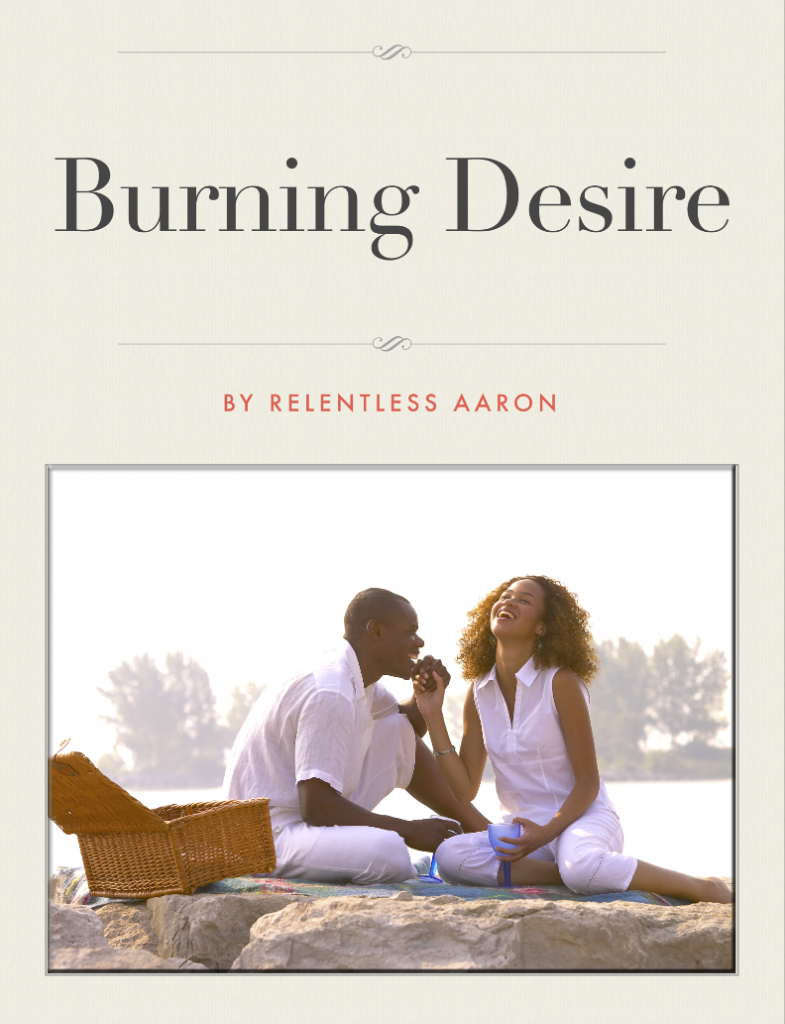 After a time the two drinks we had shared inside the restaurant began to wear, however I could feel myself turning to putty in Dante’s hands. Even while we were still parked in his truck I could sense sorrow from aura; no tears, just the whole head-down and filled with remorse. It had a powerful effect on me, whereas I just wanted to lean over and hug this man, someone I hardly knew. One thing I did know was that I had to stop pretending. I’m way less than the scandalous bitch I sometimes project, and for the most part I like to keep it real at all times. So, maybe this was something like Universal Law—what comes around, goes around.

I eventually reached over and rubbed Dante’s hand, tryin’ to sooth him. Then I reached for his shoulders. It was the first time we got to really connect, so I felt that trembling when I get all nervous with a guy. I hesitated and took big swallows of air at that point.

“You okay, Dante’? You need anything? Anything I can do?”

He cleared his throat and didn’t look at me straight on. His hand went to his face so that I couldn’t see his eyes. I could only imagine the pain that he’d endured in the past months, and I got to askin’ myself why I had to test him like I did. Damn. My hands automatically rubbed more of him until I was feeling up his neck. My other hand smoothed along the opposite side of his face. Eventually, I pulled him into my embrace. It was a little difficult in the front of the truck with the emergency break and all, but damned if I wasn’t gonna maneuver here to try’n make things better.

“It’s gonna be alright, boo. I didn’t mean to come at you so hard,” I said. “And I should know better, because I been there.”

Dante’ hugged me tighter and I felt his empathy towards my past issues, but I wasn’t interested in talking about my past; since that would confuse things. After all, wasn’t this moment all about Dante’? Pacifying his sorrows.

At least ten minutes of cuddling passed before I broke down. No act here. Dante’ really had an impact on me.

I couldn’t help what came out of my mouth next:

“Do you want some company tonight?”