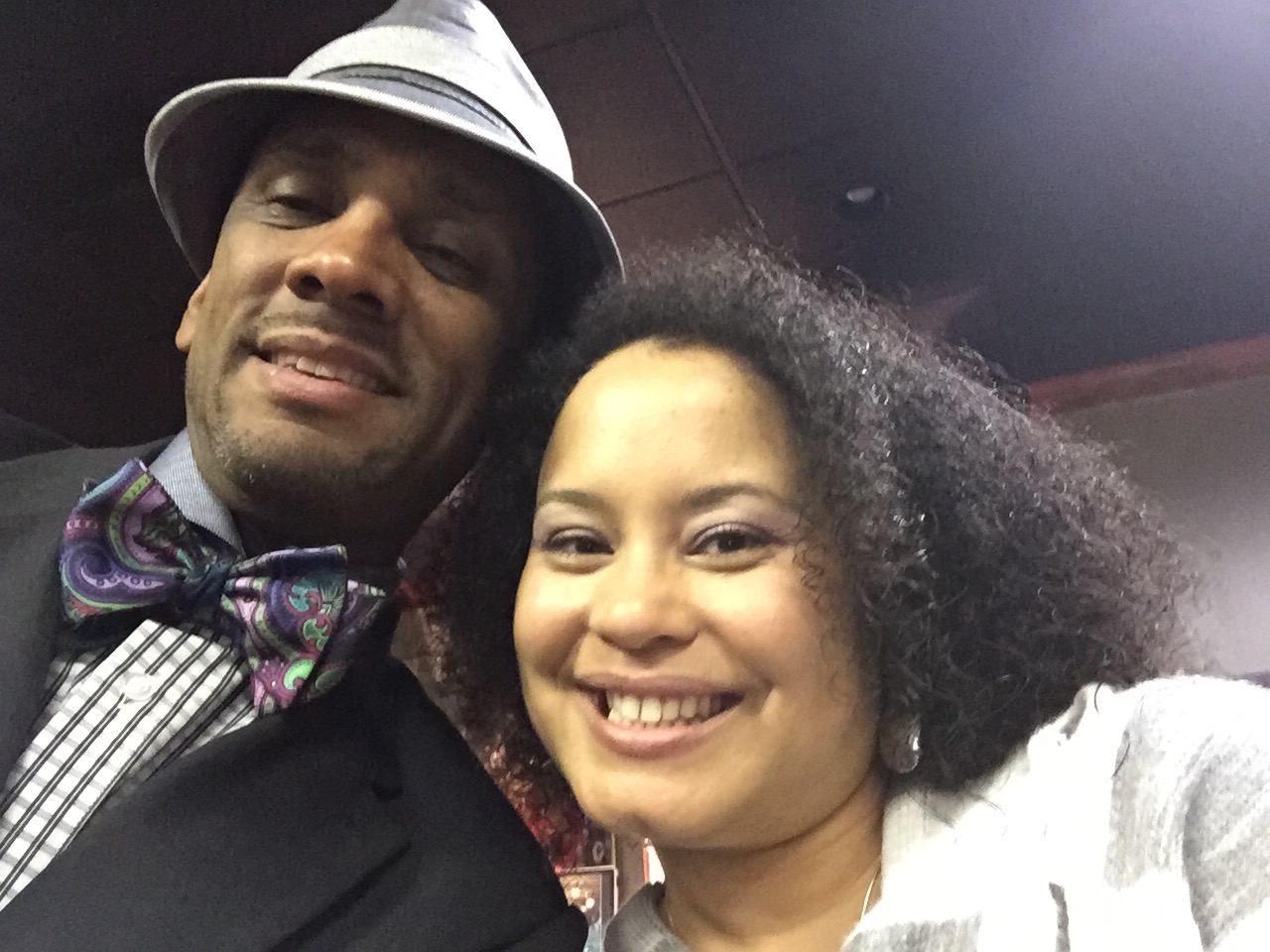 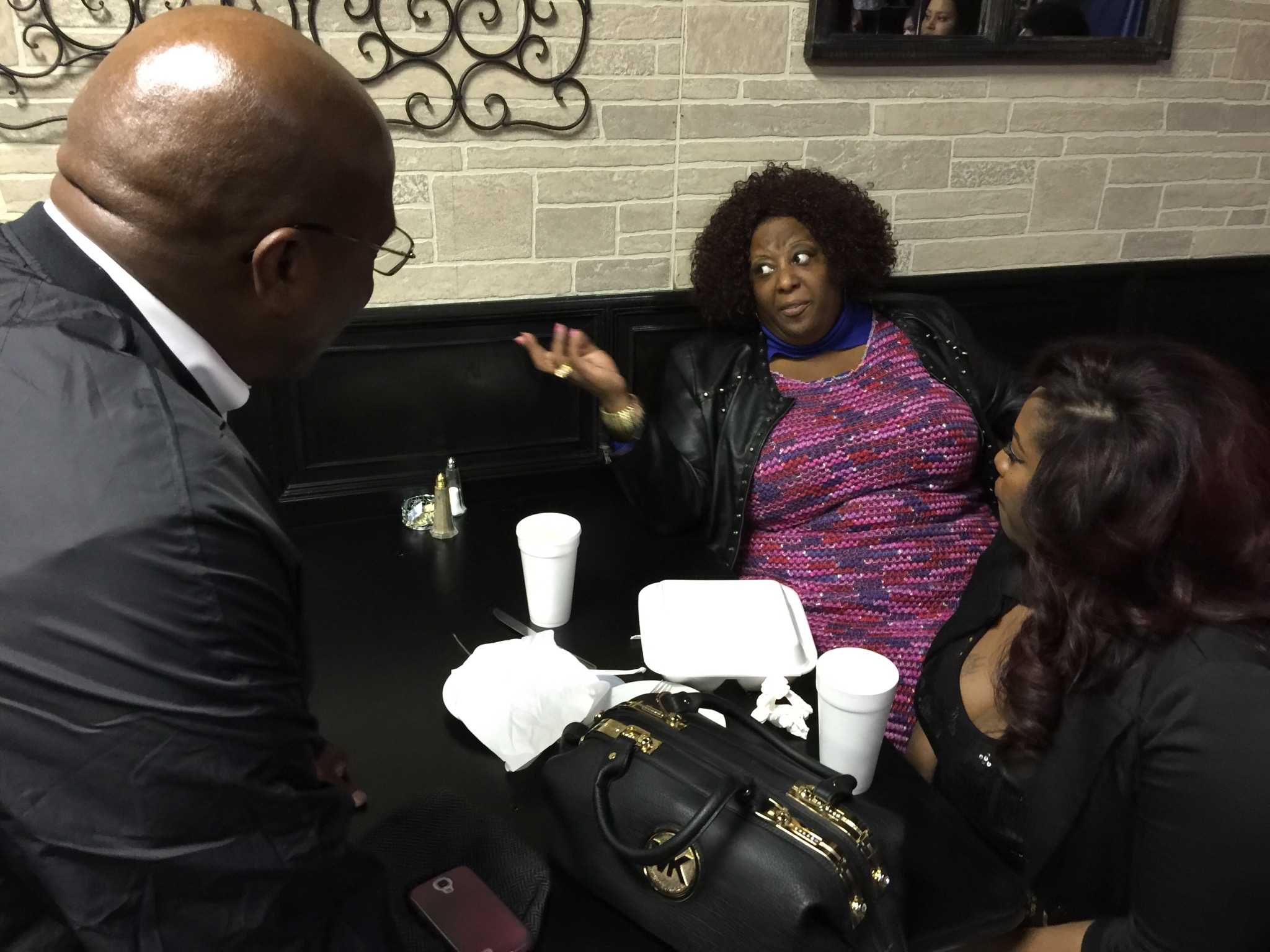 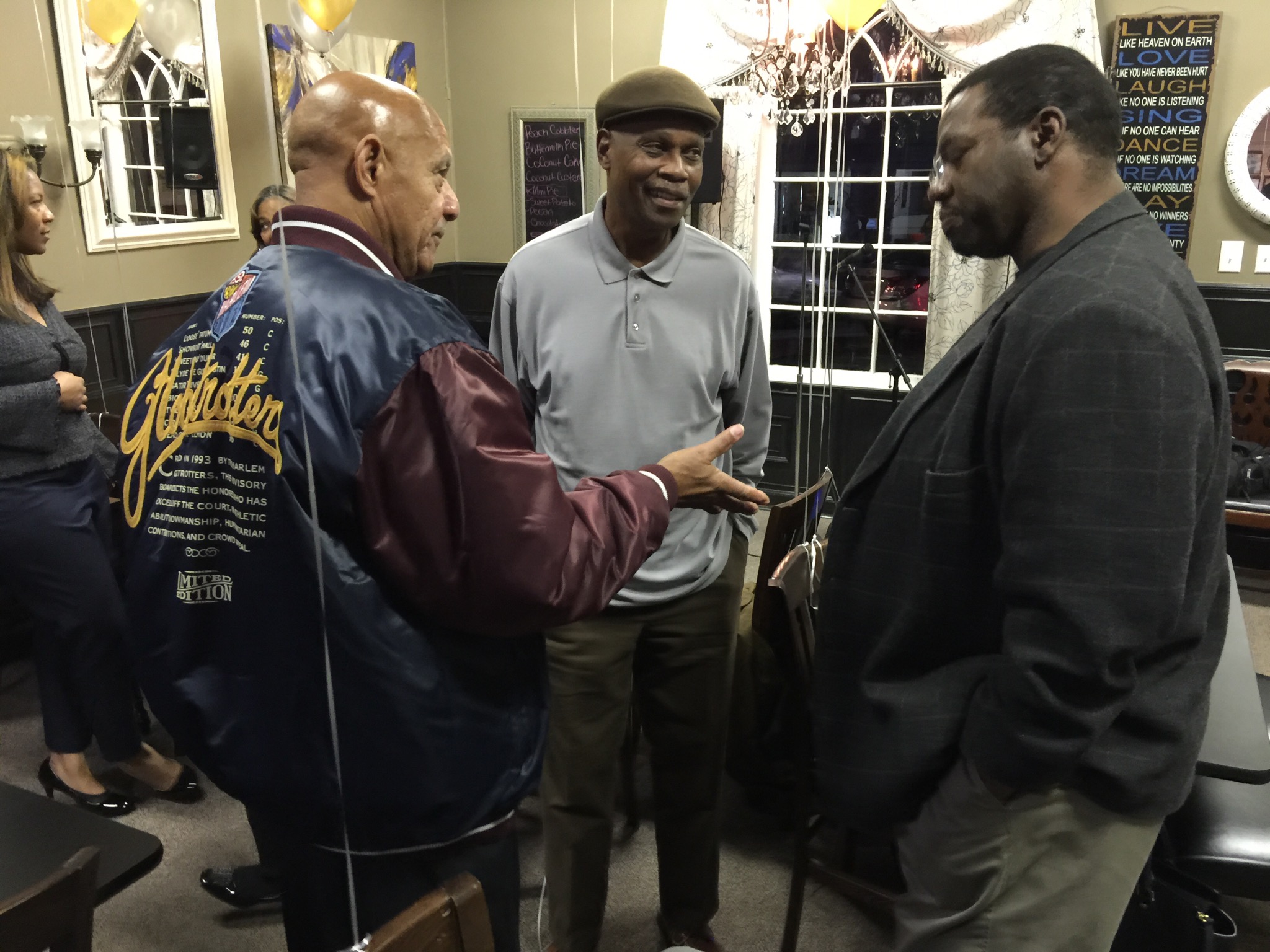 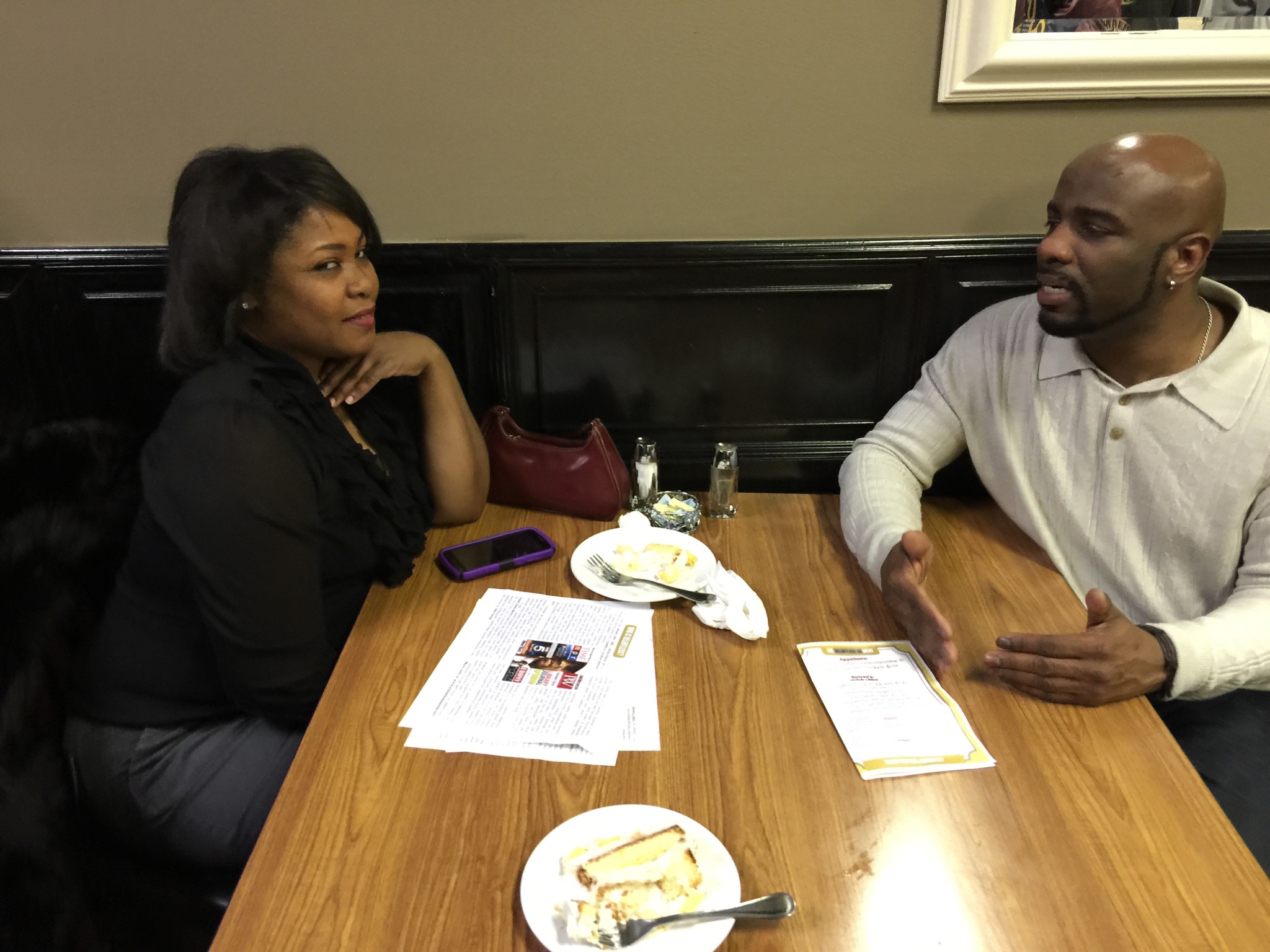 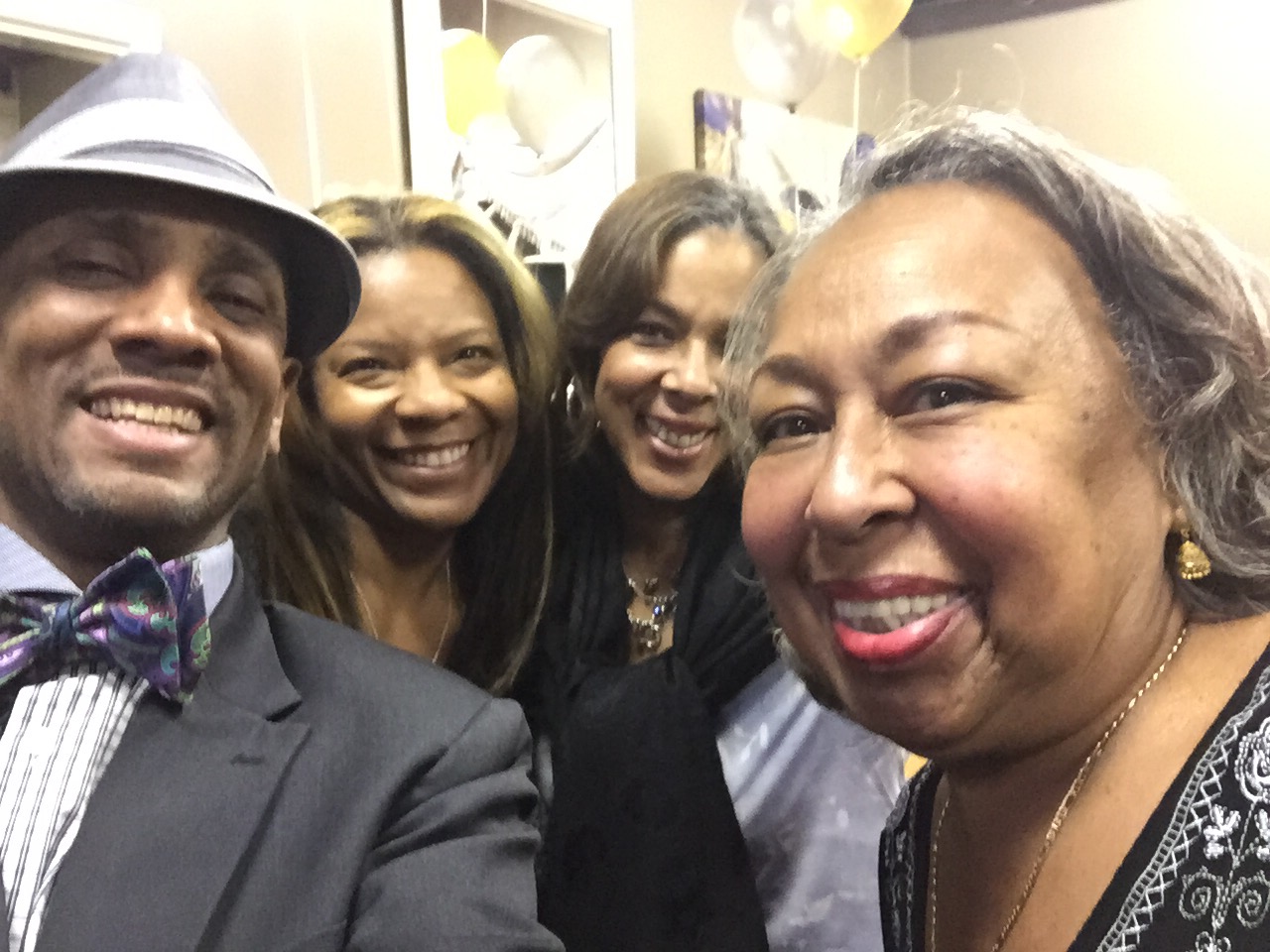 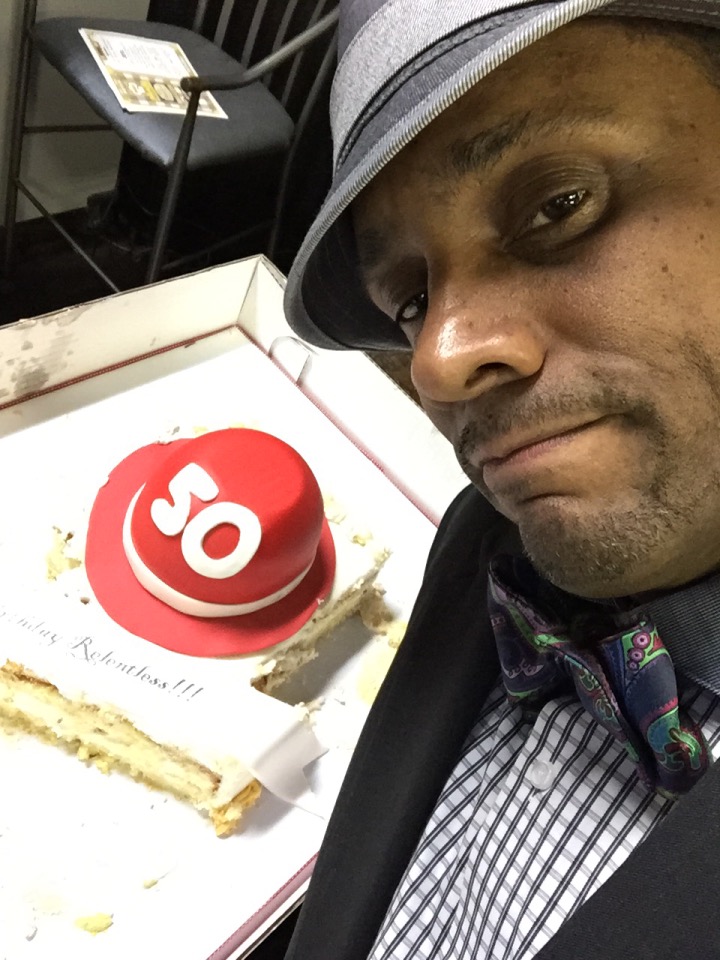 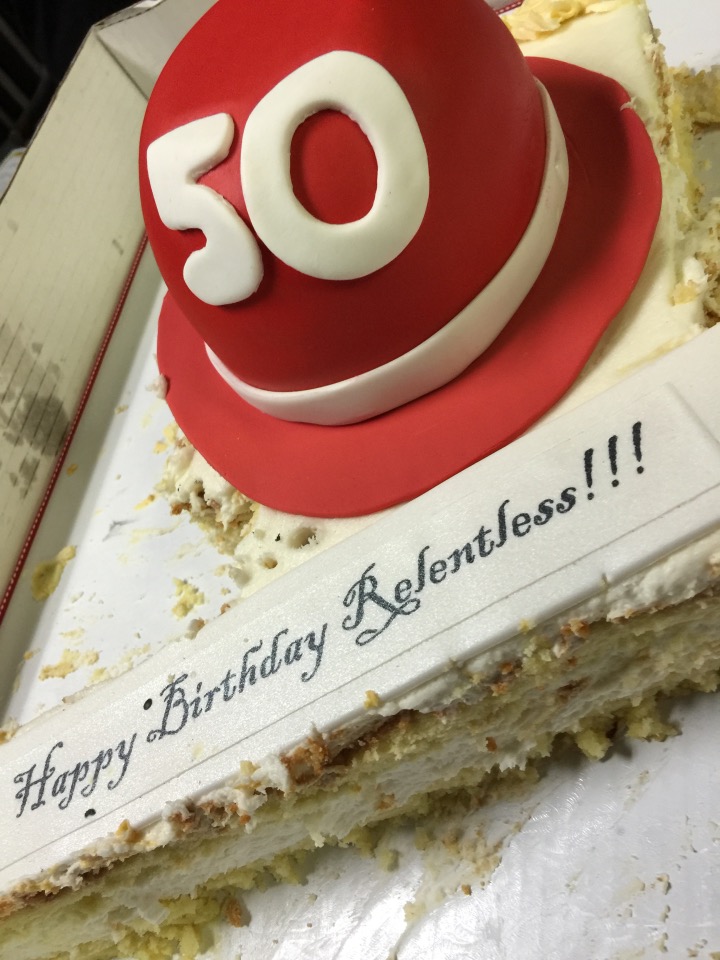 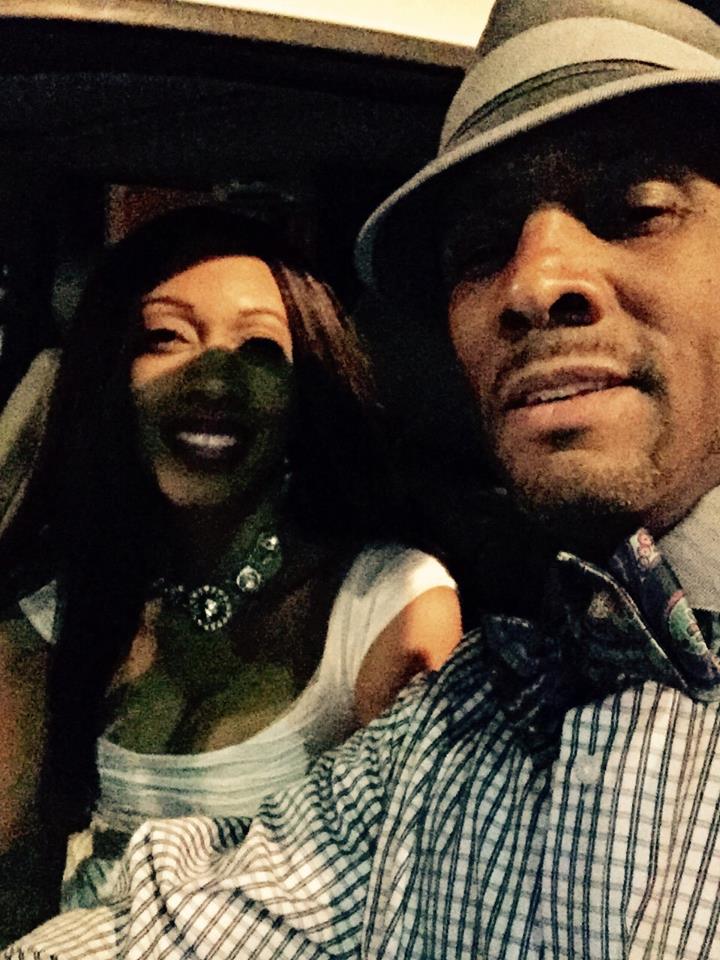 Penny Smith blew the roof off! 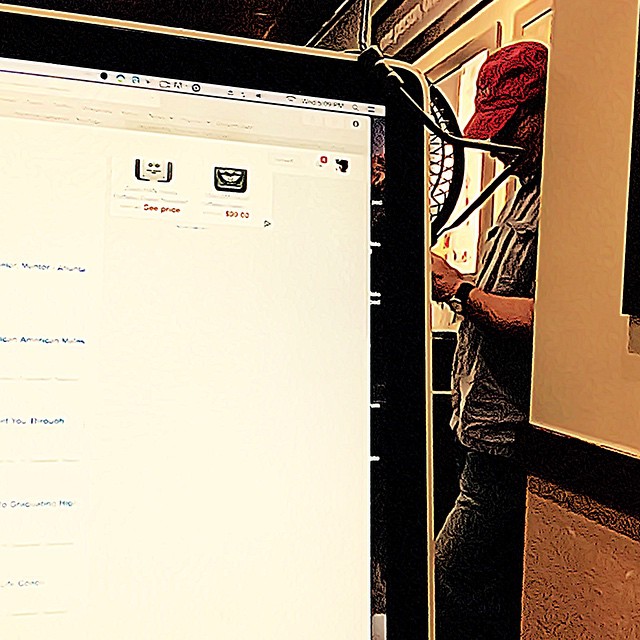 SO THIS GUY is OBVIOUSLY amazed or appalled at me having my imac/working here in Starbucks. So from a distance he goes for a cellphone snapshot. When that works, but not “in your face enough” to accomplish his mission, he moves closer, bunkers in the corner to get the money shot. Thing is, I realize the position I’ve put myself in is gonna get attention by default. So it doesn’t bother me; something like the lion in the cage is not moved either way by spectators/mere humans, outside of the cage with their catcalls, cameras and cynicisms. I’ve grown numb to it/minding my business. But I just wonder what YOU Sir Whitey would do if I did the same thing… if I felt myself entitled enough to approach you, someone who’s harmless, minding his own business within the laws and rules? Would you call it “creepy“? An invasion of privacy, offensive, or even “taking your picture without your permission?” And then, would the local police come and arrest me for whatever municipal law they’d like to enforce, if only to appease you? Just thoughts this afternoon as you grow balls there behind my computer screen. I have no complaints/don’t get it twisted. “I was juss a’thinkin out loud suhh” ‪#‎writer‬ ‪#‎ENTREPRENEUR‬ ‪#‎stalker‬ ‪#‎justsayin‬ 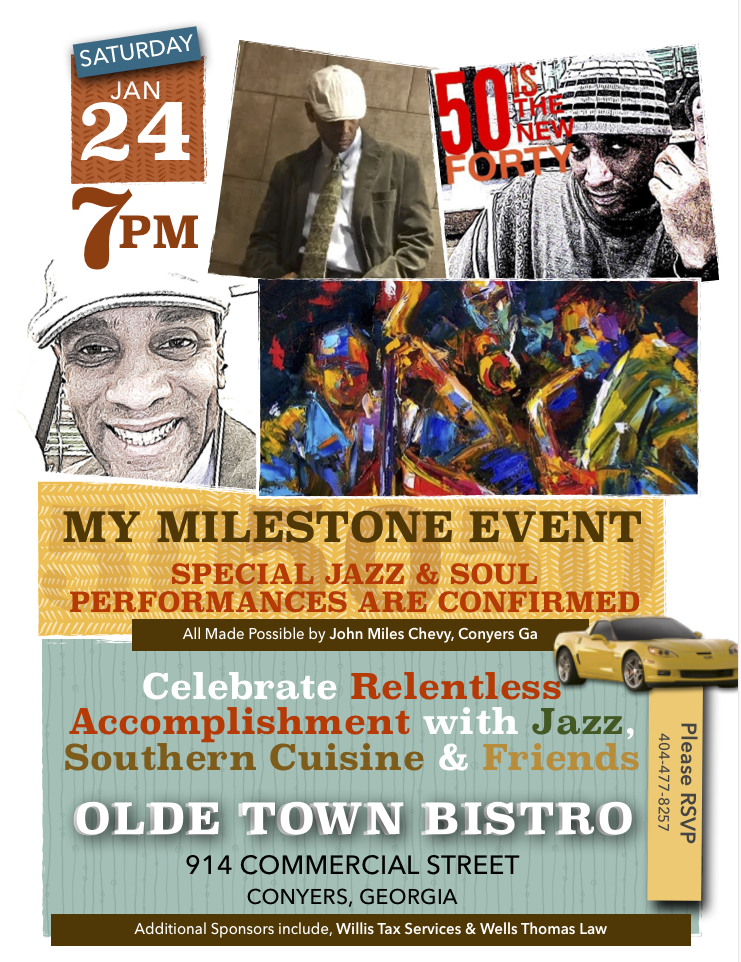 So, this morning I set my alarm for 4am, 4:15, 4:30, 4:45 and I finally get up a 5a. The clothing decisions. The ironing board… you know the drill. Everything but checking/charging the
film camera for the 11th Annual MLK Breakfast at LongHorn Steakhouse. Of course I get to the event 7am and set up, only to find the camera batteries (both of them, really???) were D.E.A.D. So, the quick thinker realized an extension cord was necessary if I was gonna do what I do here every year. I guesstimate the event will kick of in 20 or 30min/after everyone gets their food. I jump in my car and get moving (just 4 miles away) for my extension cord. BOOM! WOBBLE-WOBBLE-WOBBLE! The passenger’s side tire blows. WHOA!

INHALE… DON’T PANIC. YOU GOT THIS.

My senses still sharp, tho not yet fed, I realized a tire repair shop was just a block away. I slow-roll past the Package Store (thats beverages, for you up-north folk), then Brenda Lee VanDixon-Chappell (the original RepoQueen) and finally Bank of America. I’m dressed in a sharp blazer, shirt & tie today. Its bitter cold, so I must look like a tourist for those who don’t know me. But I was warm with desire to get back on the job by any means necessary. A couple a phone calls to see if there were any late-comers who might be headed to Longhorn…no dice. After laying the keys on the driver’s side wheel and a quick prayer that this tire shop was not on some “I have a day off because he had a dream-trip”, I stand stranded thinking, braving the cold, looking for my options. Theres a gas station/a taxi on the property. ‪#‎Boom‬. Grab the number from the cab. 2 minutes pass and I’m in the rear, on the way to the extension cord, finally back to Longhorn all the while telling the cab driver my story/how I planned to be perfect this morning and how Murphy came to visit.

Back in time for breakfast, for to film the event, and the car/tire was fixed and waiting for me. All in all my state of mind led to my calm. My calm helped me to overcome. Pastor Billie Cox delivered a moving speech this morning, asking folk “Are We There Yet?” Well, damned if I wasn’t. ‪#‎Justsayin‬ Thanks Dr. King, for all that you are, moving entire generations of people forward/faster. ‪#‎Relentless‬

My past s riddled with authentic, diverse, unparalleled relationships that have carried me from the early 80s up until today. It is clear to me that your talents

and your positioning is only as good as your relationships. Thank you to the folks at ASCAP, many who have moved on. Thank you to all the folk in the music industry; all those old music labels that I visited day after day, lobbying for dollars/working my magic. Thank you to all the clubs and club owners and ESPECIALLY the promoters like #ScottyFlash from #Levitticus and #JohnBowen from #TheCottonClub Mrs Wells of #WellsRestaurant #PatPete of PJs in harlem #HenryPerkins from #PERKS in Harlem, #VanWoods of #Sylvias and most notably an anchor in my life #StevenJuliano the owner of numerous clubs through the years, including #Bentleys, The #Copacabana, The #RedParrot and the world famous #SilverShadow
I cannot go without mentioning my big brother #TinyWood who took me in at 18 as his apprentice and showed me “the ropes” in club and concert promotion. There are a million club, concert and event promoters, but Hip Hop began right there in my backyard. And I was determined to be involved and included in all things large. No, there was no sense of purpose or a blueprint, but I made it happen the best way I knew how. Here are a few clips from my past… interesting how they progress to my most recent shows. Check out PROGRESS!

We Produce Humor, Thrillers and Much Much More

IT’S COMING! I PROMISE YOU IT WILL BE PHENOMENAL! 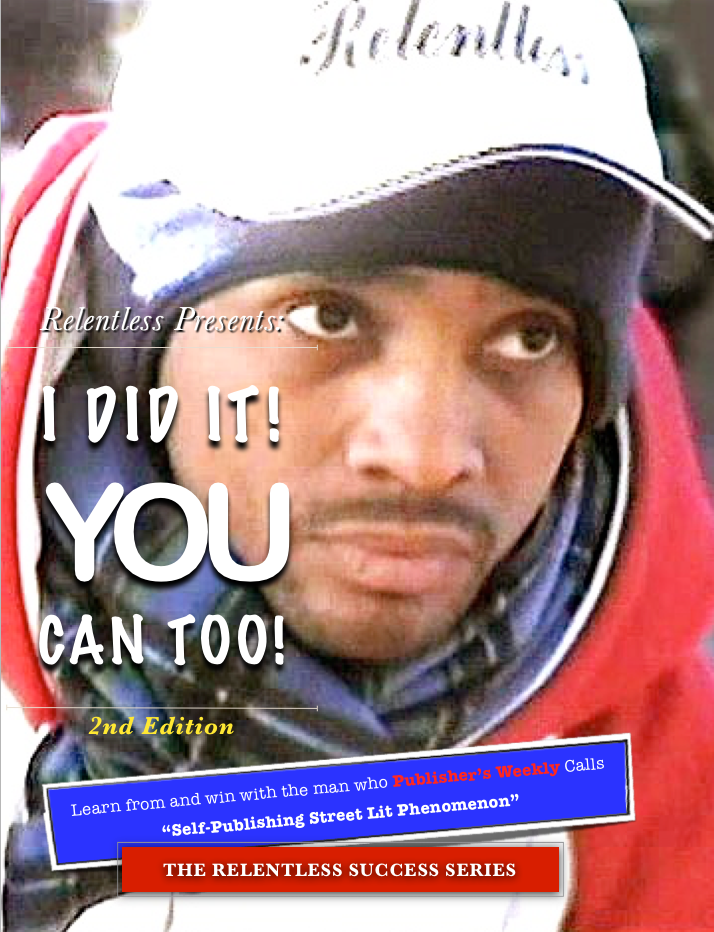 …on the other hand, many of these fair-weather opportunists are but vultures, using your circumstances as a means by which to get your face, name or story on a product; just another product to be tossed into their pipeline of other products and services. Not necessarily a “scam,” but a ”practice” and “routine” for sure. And still, that doesn’t necessarily mean the author would be so privileged as to get into the major book stores (whats left of them), or into the vehicles that most of these “big boys” have bought into. But its more of a sure thing than not. since they’re investing time and money. You’d better believe they wanna see their investment mature. “1st Movers” in the book game are those authors or publishers who gained access and a monopoly on book shelf space (and our systems of trust and credibility) so many years ago. And because they’re 1st movers, they’ve earned or purchased relationships that allow them to impose upon the buyer’s attention, pushing their brands to the forefront, oft times blinding consumers from the other realities in the store; in other words, other books. How many times have you gone into a bookstore where you see the same book promoted or placed in numerous places? The store window, the cash register, on the end of book shelves where there is the most visibility. Because of the limited space inside bookstores (stores are seen as “brick & mortars”) these spaces I’ve noted are high profile spots that you’ll find products “positioned” so that they are all up in the consumer’s face. YOU, the independent author doesn’t stand a chance, (and never did stand a chance) and least of all the privilege, isolation and attention that these highly financed products have earned. Whether or not they are considered “good books” is not the issue from their perspective.  In a sense, the growing community of readers were slipped a Mickey in the past few decades, as these “first movers” Grandfathered their way into these book stores and set up monopolies before the idea of monopolies was even popular or considered unfair. But is this unfair, or merely bold & competitive? Well, in the world of talent of course it is. But who is in control of what a business practices within its own doors? Not the FCC, SEC or the FTC. There is no government agency that will step in and yell “FOUL!” Meanwhile, if your book debuted last week, and if in all of its newness to the planet Earth it does not reach the market its directed towards, the author and publisher are (by default) the big losers in the world of relevance; and maybe even the reader loses, assuming there is vital, timely information in the book.

Bottom line is, you never get a 2nd chance for that birthing process. So if its not promoted right; if the right marketing & publicity is not in place to support the launch to the masses, then you’ve bombed! No excuses! And no doubt, debut authors are bombing everyday; at least by popular standards. Everyday debut authors are being clobbered by the realities of disenfranchisement. Its something like getting in the cheese lines of the 70’s, versus getting some fast food, or (if you’re lucky) going to a restaurant to be served. You would think that at least a person deserves is something to eat. But everyday, we’re kept out of the mix, disenfranchised from the real race, for life’s substantial achievements. No national morning television/radio shows to promote your book. No major magazines or newspapers to jump on your story. Zilch!

IT WON’T HAPPEN. And this is not a thing about discouragement or a scare tactic. There’s no rationalizing being kept out of the surplus of resources the world has to offer you. There is enough to go around; enough for everyone to eat.

But here this; this the reality…

At one time, publishing companies paid handsomely, rolling the dice on new content, knowing that they only needed to present the work to get it sold. Today, however, with every form of media attacking the consumer consciousness, books are at the very end of the race, but also right at the center of the battle for content.

Today, one of the only ways to get leverage in the book business (unless you have a phenomenal testimonial or tragic or controversial subject) is to…

COMING SOON, I DID IT, YOU CAN TOO (2nd Edition) Ebook & Traditional print coming your way. Stay tuned!

A Letter From A Reader

Posted by Relentless on January 9th, 2015 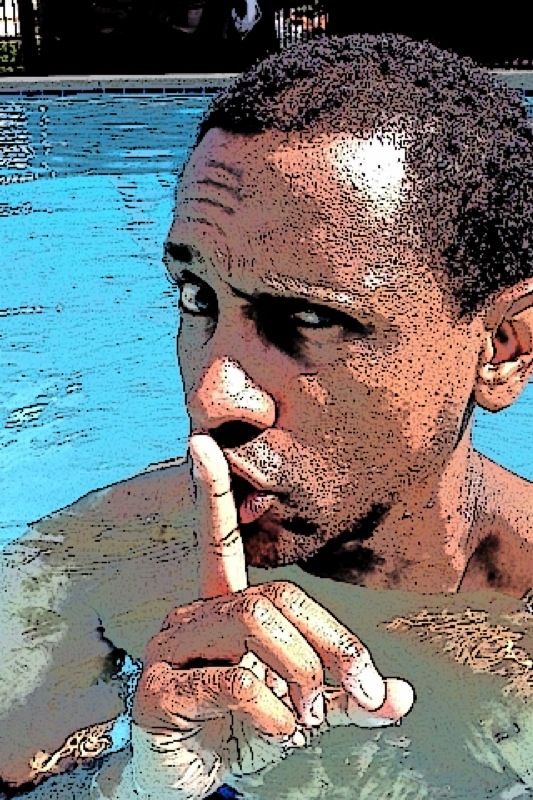 I just completed your book, The Last Kingpin.  I am upset that I took so long to read it.  My brother had it autographed about a year ago and he gave it to me as a gift.  I did not find time to read until last week.  I was stuck for 7 days, reading it every spare moment.  I was very impressed with your work.  This is my first book that I have read of yours.  I also have Topless I will start reading that one in a few days.

But the reason for my email is I was reading the Message from the Author, and I had a comment.  What I enjoyed most about the book was the realness of the book.  It was like I was talking to someone I know and they were telling me a story.  It was so real and it sounded so much like the people that I grew up with.  The best thing is that anyone could read your book and understand it because you gave a definition every time you used slang.  It was excellent.  I am sure there is another part to this story and I am looking forward to it.  Thanks for the entertaining story.

Posted by Relentless on January 9th, 2015 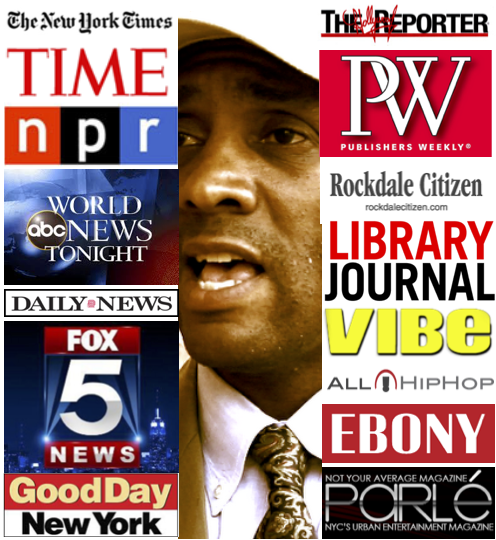 I have a couple dozen deals on the table. A few of them are further along than i imagined; enough promise amongst them to buy a few homes. But if I add them ALL up? If I sit here and tell ALL? That would be defeating the purpose. I’ve learned long ago to move in silence. All I can say is that you’re either in for the ride, or you’re left behind, or you’re watching from the side-line. #work #purposedriven

Posted by Relentless on January 8th, 2015

THANKS FOR ALL THE GOOD TIMES CONYERS!

Posted by Relentless on January 8th, 2015