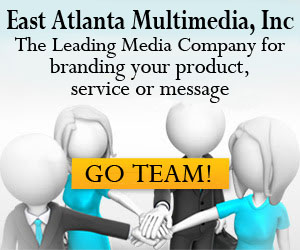 THE TIP OF THE DAY in my inbox says: “Your business name and logo set the tone for how people think of your brand. You want it to reflect your personality, capture what you do, be memorable, and not leave customers tongue-tied.”

That is altogether true. People come to me with their new brands, with their new brand names that are either hard to pronounce, or somehow tied to some family name or something their attached to and it just doesn’t make good sense. If I can’t say it when I first see it, you’ve lost me. If fact, you’ve lost me and (assume) everyone else who might be interested in your product, service or message. This goes for book titles. company names, and even phrases. Yes, my birthname is DeWitt. But it made perfect sense for me to “arrive” to the book publishing world as “Relentless.” Bigger than that, I had to be certain to back up my brand name with content and actions that were fitting. Too often I hear people saying the same thing. On ABC World News, right after the segment they broadcasted, the announcer says “he really IS Relentless!” And that is the sort of synergy you want to keep with when building a brand. Everyone coming thru Starbucks calls me, “Relentless.” My best friends call me “Relentless.” My hope is that they do so because they have faith in, and believe in my brand. They believe in me and my core story; my purpose.

So what is YOUR brand? What is YOUR “core story.”? How does it fit into the next person’s daily agenda? Think about it and then mold your life, your brand and your purpose into that positioning. More importantly, make sure people can say it, remember it, and that they repeat it. When they do, they assist you with your marketing magic.

Have a great Monday Glad you made it here alive! #Relentless

So what is it about Beyoncé that we like? For the guys: is it the body? Is it the sexuality she projects? Is it the creativity? Is it the talent? Is it her eyes? Is it her success?

For the ladies: What is it about Beyoncé? Is she your role model? Is she your template? Do you live up to and recite every word she sings as if its all your blueprint? Do you wear your hair like hers? Do you dress just like her or act just like her? Do you make Beyoncé gestures? Do you try to dance like her and make sexy moves like her? Do you fail at that? Do you sing like her (in the shower?) Are you in the mirror, maybe looking at Beyoncé?

Are you guys looking for the Beyoncé in your lives? And to you women; are you wanting to be Beyoncé so that maybe, just maybe you can attract the Jay-Z in your life?

What? You are already married off? So then does Beyoncé set the standard or the threshold in terms of looks and success and accomplishments? Just Beyoncé questions this morning! #Relentless

Meet Kimberly, the massage therapist. She she’s got Hoodspa! (Chutzpah, for those of you who speak Yiddish) And she’s excited enough to pee herself in this video… 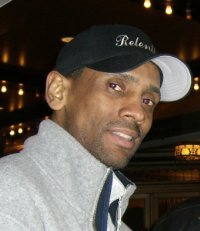 Content Creation is nothing new. William Shakespeare did it. Rogers & Hammerstein did it. Edgar Allen Poe did it. Mark Twain did it. The advent of desktop publishing (in the mid to late 80’s) changed all that, and it became easier for John Doe and Suzie Q  to “mark their words,” and to catch-up with other content creators who were “first-movers” in the ever-flooded world of words, anthologies, and yes, books. If you were polarizing enough with your content, you’d be labeled by society, threatened and forced leave the country like Salman Rushdie, creator of “Satanic Verses.” On the other hand, if you were lucky enough, and skilled enough, your embedded sexual undertones, or your overtly racist overtones would be imported into the education system throughout the nation/included on the viral “suggested reading list.”

In time, the disenfranchised folk amongst us, those who were exposed only to the resources of free government cheese and food stamps could now tell their stories. The first movers of that generation were eaten up and accepted as “the best” or “the most important” when, in truth, they were but first movers with little or no competition/nothing to measure them against, but connected enough and resourceful enough to move their brands to the front market and even the black market. The rest of us were subjected to making it happen the best way we knew how, typos and all, from the trunks of our cars, or from backpacks. And once upon a time there was such thing as “mail order.”

Those days are far behind us, when the resources we once knew as “publishing” were available only to the few and the far between. Their were “choice picks” that were held high and recognized BECAUSE they were held high and BECAUSE they had investment to support the initiative. But while the playing field has leveled, that has also weighed in on the rest of the crabs in the barrel now wanting the fame and prestige/the recognition of “author,” when the reality is that those titles have now been blurred and no longer hold the prestige, the recognition or the value they once held.

Those things we recognized as “resources” to get content to the world are now available globally and stuck in just about everyone’s pockets. The vanity we once knew as “content creation” is now “required” in everyday life, just to make a buck.

If you’re in business, looking for any kind of longevity, you’d better have unique content, no matter if its the hairstyle you create in your salon, or the way you adjust a patient’s back; you’d better have something unique, some character, or a core story to hold your audience. Otherwise, what you give someone, they can get right down the block from the other 20 people who also now have “resources. As for the creative writing we once knew, that has been replaced with a ratchet slushpile of aimless storytelling that preaches to that certain audience/an audience glued to their TV screens (millions-more screens than were ever available in the history of the world); its an audience that rarely reads anymore. An audience that has turned to the superficiality of reality shows, shock video and all-things-Worldstar.

Where’s the answer? How can one survive? How does the man or woman who has yet to exercise their abilities of publishing resourcefulness get a shot at whats left of the pie? How does one earn a living doing what they love; expressing themselves, their stories and ideas?

In the back of my mind I can hear and see Kanye West yelling at me:

“Relentless YOU AIN’T GOT THE ANSWERS!”

Master Your Craft And Own It! Be Unique And Be Unstoppable!!!

Posted by Relentless on December 1st, 2013 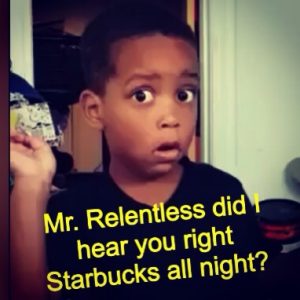 ONCE you’ve mastered your craft; once you accumulated a SERIOUS amount of accomplishment, you should carry a sense of KNOWING that will bring you everything you need in life. The key is to accomplish UNIQUELY and COURAGEOUSLY, so that you will not simply “blend in.” Your unique skills and abilities deserve a certain unique audience. KEY: You’re not “better” than others, but you stand alone in value and originality. Remember to be Unforgettable, and not expendable church!