which makes his scrotum swell, growing bigger than a watermelon and reaching his knees. The thing is, he may hafta pay 100-large or $100,000 (€74k) for a lifesaving surgery in the US to stop his scrotum, which is currently the size of a watermelon, from getting any larger and possibly killing him. If he doesn’t get the operation, the result may be an infections which can raise his temperature and heart rate and can cause his body to turn septic. But, why is this such a problem in a world where even dogs have raised tens of thousands of dollars over and above the cost of their operations? Its just not. What may be a problem is Bowd’s access to resources and/or people who can execute on his behalf. Someone needs to set up crowd funding for Bowd so he can raise money fast, fix the problem and march forth…
Our biggest fault as humans, is not that we have these challenges, but always that we don’t have the resources, or don’t put to work those resources that can often clear the way to less a challenging existence. Sure, challenges will come and go, financial, social, health, career… But when we take the path of least resistance, try to tape things up when we KNOW we need that screwdriver, we’ll find ourselves exercising “the easy way,” that option which is immediately accessible (something like a convenience store) and we’re forced to spend more for it  And as well all know, there’s no such thing as the “easy way.” It may seem easy up front, but you might hafta pay dearly down the road. So, get out of that easy-thinking mode where you tape something, patch something or leave something for later. That sort of thinking is shallow, doesn’t lend itself to longevity, and we all know what quick-fixes gets us. Nowhere-fast. Fast food isn’t healthy for you. Thats not always the rule of thumb, but it usually is.
What else is going on in my life? Well, there’s a woman that I committed myself to (over a year ago). She disappeared, wasn’t returning texts or calls, and of course I found other things (other women) to do. Anyways, long story short, I get a text from her this week that says

“I know you hate me right now. I don’t blame you. Just want to say hello and as much as I have tired relentlessly NOT to love you my efforts have not worked. Dated others they didn’t compare. You set a high standard and I thank you…”

The women I’ve been with in my life, and the one that I fall in love with disappears. Is that the big RED FLAG here? Or am I “being too hard” as usual. Damn, life is never as easy as you ‘d like, is it? 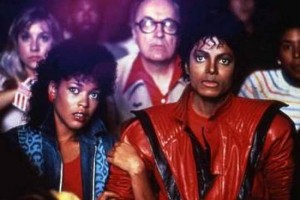 On a final note: there’s Ola Ray, the pretty chic that was the heartbeat of Michael Jackson’s hit music video, THRILLER has got her own, impulsive, cornet-ass music circulating. All I can say here is OH MY GAWD! and FUC OUTTA HERE with that bullshit, OLA??? What are these girls smoking? Is she so desperate in life that she had to try and recreate the Thriller energy just so that she could make a living/do shows and jumpstart some BS post-MJ initiatives? This chic is more naive than a little bit, I swear. And I’m guessing that there’s some cat/pimp/hustler involved, encouraging her to follow-thru with this hot mess. I recall LaToya Jackson being manipulated by Jack Gordon Our pretty women just go to the DOGS, don’t they? Their minds go before their bodies, and their left with still-great hooters, cellulite locked into leftover Jordache, and jellybeans for brains. Poor thing

This entry was posted in Uncategorized and tagged in growing bigger than a watermelon and reaching his knees. The thing is, he may hafta pay 100-large or $100, Jack Gordon, LaToya Jackson, lymphoedema which makes his scrotum swell, michael jackson, michael joackson, ola ray, swelling scrotum, thriller music video, Tyrone Bowd, Wesley Warren Jr.

View more posts from this author
« Who’s Having The Last Laugh Now??? PSY IS!!! GANGNAM STYLE!!!
Lookin For Sudden Inspiration? This group of short clips WILL NOT FAIL YOU! »