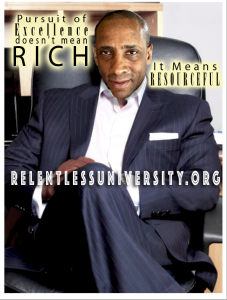 There are plenty of Orthodox ways to market books. Since there are so many first movers who have been writing books for years and since they are mostly caught up in the old paradigm, the old way of doing business, I thought I’d import a reality check that may shake you but will not break you. Remember I walked the walk I’m not just here talking. I’m not preaching and I’m not selling anything I’m here to tell you the fax and nothing but the facts.

1) set up your elevator pitch and print flyers, bookmarks and business cards to fit your agenda. No matter if your book is ready or not, your message and your story is still you. Your book is merely the instrument that carries your message.

2) Find the cheese. Where is your audience? Where do they congregate? For me, everyone was my audience! So I brought myself to Times Square in New York City, one of the most populated intersections on the planet. I did this on the subways and in the streets in the late hours on Friday and Saturday nights when people traveled from far and wide to be a part of the congregating, the gazing and (yes) the spending. Furthermore I had to have a pitch for women and different pitch for men. The pitch had to be short and sweet, something that will draw you in to want to know more. Don’t give me that “I’m-an-introvert-and-don’t-know-how-to-sell” nonsense. You have a message and the only person responsible for sharing it is you! So get out there and meet people and share your message. For me Times Square, Columbus Circle, 34th St. and many places in the Bronx were where I was able to be seen by millions of people throughout the early years of my book publishing success. Note: this was a number of years ago so make sure you check the local laws that are relevant to today if you intend to try this.

3) Where are the events? Find the events, penetrate them, and engage. I visited, marketed and was invited to over 300 events throughout the country once I got my first of 30 books printed. But even before my book was printed I had flyers and I was out on 5th Avenue in New York City meeting folks and sharing the message about my forthcoming book. “New York is Book Country” was that event. I remember walking down that mile long stretch with all those authors who paid so much money for those booth spaces. Regardless if I didn’t have full-color brochures and expensive promotion, I was where I belonged! Eventually I was invited to speak and engage and moderate at the biggest book conventions in the world, that was BEA; held at New York’s biggest convention center. Since that convention also moves around I was invited to speak at the Washington DC convention as well. I was brought in to HOST the keynote symposium “The Wheatly Awards” at the world famous Harlem Book Fair. And all of these conventions I spoke at invited me because I was hungry! It was because I was purposed, because I’d mastered my craft and (most importantly) because of my hustle!

4) what bookstores are still standing? Do you know? Have you been watching their trends and do they seem to have staying power? Already knowing I had written some of the best books ever created (affirmed by a sea of avid readers who read my manuscript before print) I floated on my mojo. It was not even a second thought when I took the risk of opening up a UPS account and shipping cases of books to bookstores around the country. I included an invoice and a letter to say “here are the books you requested”. Certainly this was a lie, but what choice did I have in forging my way to the top. And it worked!

5) Where are the “connectors” in my universe? What radio personalities need you connect with? What TV personalities must you connect with? What radio shows must you be interviewed on? What publicists must you partner with? Naturally your content is different from everyone else’s right? So then if your content speaks to homemakers then there are connectors in that field. If your content connects with industrial corporations, fashion, or entertainment or law or finance then there are connectors in those fields. There are associations and meeting places and congregations that are all about the love of their industry. So your content must fit in somewhere in that demographic. Find those “connectors.” Make it your top priority to meet with them and to engage with them and to compel them to share information about your work. There is nothing more important than your work and your alliance with those individuals. If you need more information about that, read the book “The Tipping Point” WHAT??? You haven’t already read that book? Then my friend you are not ready to win in the world the books.
A quick story here: once upon a time a radio host name ‪Michael Baisden‬ (now fired from the big radio broadcasting stations) was a mover and a shaker in the radio industry. One day he promoted the subject matter that he’d be speaking about on his radio show. When I heard about it it was mere moments before he was about to broadcast. I was compelled to find his personal phone number. I had already attracted and created a certain energy: “I get what I desire and what I’m prepared for” and when I did get Michael’s phone number I called it right away. Moments before showtime Michael picks up the phone and I announced: “this is Relentless speaking…” And I gave him my elevator pitch about why I “needed to be on this forthcoming show.” All I can remember is Michael being upset and enraged with why and how I was able to get his phone number. It didn’t matter that my story was spot on with his subject matter he was about to speak on before millions of people. All he wanted to know was how I got his number. I never shared my source but in ending the call in haste he told me I had to follow everyone else and call in on some 800-number. My speed dial game was on 1000 at the time and I finally got through and he actually let me on the air, prefacing my voice with a most controversial intro. He said to his millions of listeners: “Family when I tell you this man is Relentless…???” And I went on to tell my story which has been heard and repeated over and again on his shows rebroadcasts. So use my story as your way of saying you “will not lose!”

6) it’s almost time to print banners, posters, wrap an SUV and rent a moving billboard. You can’t tell me that you’ve executed all of the past 4 Dummy-moves and your book is not ready? Your book is now in hand and now it’s time for you to turn up the volume!

7) Create an excerpt page, a brochure or booklet. Let some people read your work. When I set out on my book campaign, social networking was at its infancy. MySpace… AOL chat rooms. Huh. That wasn’t enough for me. I had to get out there every day on the main thoroughfares and even in the big malls around the country and I had to share my message and connect with people. I built an email list. And many people share their phone number. It all added up. I may not have had a blueprint but I had a drive. I may not have had a template to follow but I had a dream. I may not have had more than one book to sell, but I had 29 others ready to print. I was ready, are you?

8) Where are the book clubs that matter to you and your titles? Find them, interact, meet and engage. Make your presence unforgettable. Forewarning here: I have been invited to numerous book club organizations and events including but not limited to Boston Public Library, Mount Vernon Public Library, and even Detroit Public Library. I have been asked to engage at events throughout the country, including the black expo in New York City, the Bronner Brothers Hair Show in Atlanta as well as their show in Baltimore. Yes, I did it “my way” but the literary world and the world at large was excepting and they embraced me and welcomed me. It got to a point that such was all I knew. All I knew was people entertaining me and taking me in and pushing me forward. Many times they paid me and other times we had agreements. Strategic alliances.

But be clear and beware, there are those out there who do not want to see you succeed. They have tried and failed to reach any substantial value or presence in this industry. They will try and shut you down if your content is even close to there or if you’re market feels like it’s their market.

I have gotten hate from other authors and other event organizers as well as people in the press and media. But none of that outshines the success that I have achieved over the years. So look forward to 2% or better haters who do not want you to win or out-do them. I will be more specific in my forthcoming book “I Did It, You Can Too”

9) Create questions that can will and are answered by your content. Then, get a Casio eX-slim camera and shoot videos. Obama had over 2000 videos that heavily impacted and influenced the masses of voters who helped him to become president. I have over 600 videos on YouTube and I moved to the top of my genre. I’ve earned awards, media coverage, etc. i’ve earned relationships with other writers in my community as well as the world over. I’ve earned one of the biggest publishing deals ever for a debut author. So your book is now printed and you are ready for this business? So how many videos do you have presently? Are you wanting to be popular on your block, in your neighborhood, or throughout the world? Well act like it then! Once upon a time we used to send up smoke signals and homing pigeon’s and Morse code to get a message out. There were horsemen and telegraphs and eventually the telephone to share a message. Remember party lines? Well today, megatrends have brought us to social networking. Get with the program! Get in there, learn it, research it, don’t be afraid of it, and WIN!

10) Go back to ‪#‎1and‬ do it all over again tomorrow, nonstop, no excuses, as if your life depended on it! You are already in the gym on the treadmill looking up at the TV, see yourself on the TV, interviewed on ABC World News. See yourself on the cover of the arts and leisure section of the New York Times. See yourself in the world’s biggest magazine, time magazine, on the largest radio station, NPR radio, and its affiliates… And in your city’s biggest newspaper, the New York Daily News. See it, believe it, and make it happen. You can do it! How do I know? Because I did it! And you can too! ‪#‎Rockytheme‬

This entry was posted in Uncategorized and tagged in street marketing, street publishing, the inside scoop, urban lit.