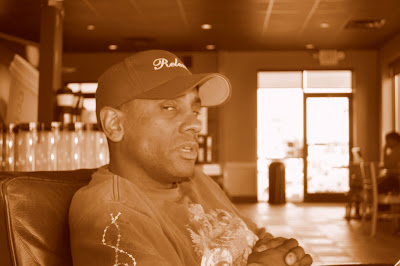 I know I know. You see all my updates, and every day/almost every hour, I am positioned at Starbucks. Many of you have joked about it and wondered if Starbucks has a bedroom for me. And I joked back, especially last week when I had a 60” tv delivered to the store. Lmao!

Others of you are beyond the jokes and clearly think I am strange, which is fine. It comes with the territory of “going against the grain.” But there are also a select few of you who have done the research and who realize what is going on. Applause to you! Because I also know that some of you follow me closely are pretty much using my actions as a blueprint. If you can’t do it person, you merely gather intel via the www.

Starbucks managers have even approached me to let me know about some of you who have approached them, because you’re wanting to initiate similar relationships. But if you only knew what it takes to sustain a relationship with such a big business! I have moved furniture in Starbucks. I have opened doors for customers at Starbucks. I have given short lectures to students at Starbucks.  I have grabbed napkins or the rag to clean up spills, as well as I’ve grabbed the broom to sweep up outside. At Starbucks I have given directions and I have assisted others with getting online. That even stretches into other things such as advice and wisdom I’ve offered. At Starbucks people ask me for headphones and pens and phone chargers. Someone even asked me for one of those special pens that allows you to draw on your computer. Outside of Starbucks I have chased toppled chairs or umbrellas or planters in the blizzards. I have intervened to break up fights and arguments. I constantly inform Starbucks staff about overflowing garbage cans and missing napkins from the sugar bar and the need for toilet paper and paper towels. 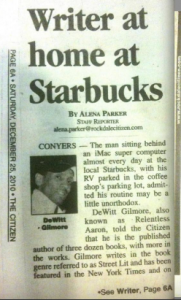 At times the music might be too loud or the store’s room temperature might be too cold. Here and there someone will come in and disrupt the Starbucks community/they are not customers and take it upon themselves to confiscate someone's belongings. And police would come to me for information??? In fact, anytime some type of hostile encounter takes place, I am always the one who people come to for intel. I feel like the town reporter sometimes/the one who wont talk, but will report it all in the next day’s paper.

Starbucks management may need a document created or a flyer or a poster or some photography or even video for the store. Naturally, since I have certain skill sets that can accommodate, how could I turn down the request? Dozens of times I've been asked by customers “do you know his/her name?” Because very often we get into these passionate conversations, only to forget names. So now I’m Mr. 411 in Starbucks? I’d rather argue that I am the gentleman in Starbucks. And as you know I am the show promoter at Starbucks. With the shows that I promote, I help community agendas in our area of Rockdale County Georgia. In doing so I get to entertain large audiences on a consistent basis, as well as I help Starbucks fulfill their community relations agenda. So, I’m the community relations agent in Starbucks?¿? 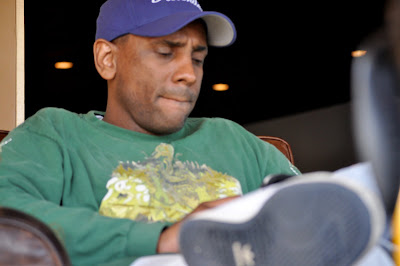 Another thing; I would say that I know 50 to 65% of the customers who come through this particular Starbucks in Conyers Georgia. I know them by first name I know them by first and last name I have been to their houses for dinner or we frequented each other in the local supermarket. A number of the customers also go to the same LA fitness gym across the street. If this isn't transparent enough for you, I have fueled my business at Starbucks because a number of substantially wealthy businessmen come through and hire me for my services. At one point, folks got jealous of my presence in Starbucks and they called the corporate 800-number trying to have me removed. They have called management to complain. They have called the local newspapers to complain and even waged their war in the unofficial and un-policed OpEd section of the online version of the same newspaper. If that wasn't satisfying enough, folks called the police and gave whatever bogus reasons for me to receive some impromptu visits inside of the store. If that isn't enough, a few of the staff members even got in on the fun and began doing things like moving my favorite table or making calls themselves to the corporate headquarters. Still, I have been 100% straight up and I have not wavered.

Little does everybody know: I am weathered and driven and tested for decades, and nothing can stop me from my life's purpose. If there is such a thing, I am a veteran of hard times and pressure and challenges and animosity and apprehension and rejection and oppression and distress... I know those bitches like they were my best friends and lovers.
So, the next time you wonder what I am doing at Starbucks all the time, do the math. #relentless 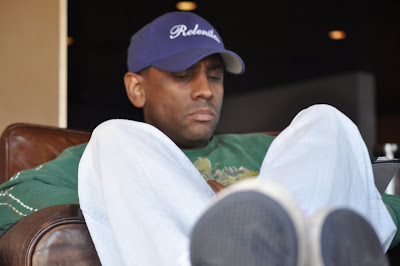