A Look Back At My Thoughts Inside of a Failing Marriage

Let me begin with saying that these older posts and posting them is therapeutic, if not insightful. They give me another look into the mind I’ve developed from and a greater perspective on my own personal growth. 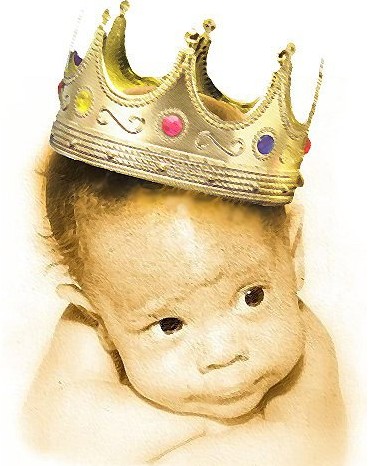 Dear Diary: I know that so many people must be going through this very situation. My significant other is right there in the bed next to me, except we’re sleeping back-to-back. I’m sure she’s frustrated since I’m in her way, in the very space where another caring, affectionate man could be. And I’m sure as hell just as frustrated, because I know that I could have it all, too. I know there’s a down-to-earth woman out there who has the affection I need, but her place in bed next to me is occupied. Basically, we’re both in a place we don’t want to be in and we’re making each other sick to our stomachs, enough so that we have to sleep back-to-back.

As the saying goes, it takes two to tango. And I know that I’m as much at fault as she is, with as much potential and ability as she has, to turn over in the bed and say

“baby, this is silly. Why don’t we just both make the effort to fix this before it gets out of hand. Why don’t we just look for those feelings we once had and try to at least fake our way through this until it becomes normal again to love and hold one another.”

But my thoughts are getting in the way just as much as hers. Just as she is, I’m thinking about all the foul things that have been said. Just as she is, I’m thinking about a better life, the new love, the fresh start and the appreciation that I could indeed receive from that next mass of walking, talking human energy; an energy that is unconditional, a woman who can appreciate the total man that I am and that I aim to be. I know I deserve this and that I can have this. I don’t have to put up with her fair-weather faith in my dreams, hopes and wherewithal to succeed. I don’t have to put up with her blatant disregard for the information age and how necessary it all is to us. Jesus, the woman doesn’t even have an e-mail address. I set up a Myspace page for her, and that is even outside of her ability to understand or to indulge.

But there are other issues here. We’re married, with responsibilities. Our children. We made two of them. And they’ve grown into intelligent, self-motivated, achievers with their very own dreams and ambitions. The children are not mistakes; they look like the two of us; they both have our various attributes; our son has his mother’s quick wit. Our daughter is just as quick-witted, except that she is a lot more patient and cunning and calculating than her brother. That is not to say that she is all-the-way patient, just that she is more patient than he. I can’t quite say why our son is such a klutz sometimes; I guess it just is what it is. The whole point here is that we made these two children intentionally, in a one-bedroom apartment, over ten years ago, when love and passion was waaaaaaay more abundant than money. And now, more than ten years later, women are throwing pussy at me just as much as men are throwing money and promise at her. All of that temptation only makes it harder to focus on togetherness and unity. Couple that with the challenging time we have paying bills, and you have a fucking fiasco in the making. At one point, I would’ve given everything I had to maintain this relationship. But now, with the promises of 7-figure earnings strolling down my path, and with more possibility and more encouragement than ever to just wing it as a single man once again, it makes things so much more convenient to just walk the fuck out of this storm. I can almost smell a bed of roses right around the corner.

And yet, while all of that feels so appealing, and while all of these mixed emotions are driving me insane, I can say I still love this bitch to death. She puts it down like no other woman I know. Kinky sex. Cooking. Housekeeping. All the stuff an above-average chick on the side is gonna envy until it oozes out of her perky tits. Plus, I know in my heart that I’ve contributed so much to the woman that she is, and the family that we are. Okay sure, the left side of my brain can come up with all sorts of excuses why this shit is going down hill. But, that’s a common man’s thinking. That’s for the weak dude who can’t find an ounce of discipline in his body. Now, it’s up to me to find that old flame. It’s up to me to be the driver and to urge towards solution and glue this thing together. No, she hasn’t thrown a knife at me, and she hasn’t created a mess with irreversible acts such as breaking precious memorabilia, or worse. It’s only this back to back thing that has pulled us apart. Can I be the stronger one and reverse this silly shit? Can I be the man, (with all my ego and cock-strong affirmations in life), to the point that I can control something that seems to have gotten out of control?

She said some slick, intelligent Dr. Phil-shit last night: “It all starts right here. The karma you have here in the home will follow you wherever you go and in whatever you do.” And I’m thinking, well if you’re that intelligent, why the hell don’t you work towards fixing this! Weren’t you the one that said “we don’t have a relationship” just hours earlier? I’m saying karma? And I’m thinking about just a week ago, how I woke this woman up out of a deep sleep only to press my face between her legs to the point of orgasm. This woman was reaching for things that were never within reach, so satisfied with how I “serviced” her. Okay, so sex isn’t necessarily affection, but I’ll be damned if it ain’t close.

There are just a few more days of relaxation since the kids are out of school. It’s the holidays. Things are in play-it-by-ear mode. And the payday is that much closer to getting us the house we want and the lifestyle we aspire for. So, no haste here, buddy. Hold on tight before this woman drives you mad. The world is counting on you to succeed, and twice as many  people are watching and waiting for your demise. Hold tight young warrior, and remember the really tough times you’ve survived. Does this small feud match the death-defying battles you’ve won in your life? Does this misunderstanding even come close to the great sacrifices you’ve made and the struggle you’ve endured? Naw. Cross over that hurdle for a hug. Get past that karma-comment for a kiss. And match that negative energy with your raw emotions. Because, after all, you are not like other men. You are Relentless.

The right brain is taking over again.

This entry was posted in Uncategorized and tagged in autho, marriage, relationships.

View more posts from this author
« Time To Go – The RV Is Officially Up For Sale!
Bell Hooks Is A More Vicious Terrorist Than Beyonce Can Ever Be »