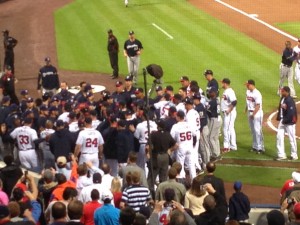 So I finally got an opportunity to experience an Atlanta Braves baseball game. I remember as a child reading those thin Scholastic books about the leaders of the day. MLK. JFK. Lincoln. Washington. Hank Aaron was amongst those leaders. The home run slugger from Atlanta made inroads during the time that Whites and Blacks could not get along. (No need for rational explanations here) I guess when we watch sports, sporting events, concerts and games we forget about reality.

So while the realities of yesterday were racism, lynchings and massive disenfranchisement, today it’s a whole different world where we are scrambling for available resources. We’re fighting for our lives, squinting, flinching, shucking and jiving to the beat of the regularly scheduled program.

I had a revelation yesterday that opened my mind up to the idea of “healing.” Bodies once hung off of these Southern tree limbs where I now reside. Fires were set to homes and churches and crosses wedged in the grass on the lawns of God-fearing Black folk… that was the reality of the 60s. Today, that sort of bold racist behavior still exists, though it is hidden in some cases but also cowardly brandished in others, such as the online attack of Nina Davuluri the latest Miss America. And not only do we have the hidden racism in this so-called post-racial America, but we also have the threat of violence looming and leering and lurking in most every corner of the world. Somewhere in some remote corner of the world, Richard Branson is smiling, at peace and certainly the furthest from the threats of violence. After all, when you have all of those billions of dollars at your disposal, doesn’t it make sense to create the environment that which you can raise a family and sustain life? Of course it does. Isn’t that likely to be a happier environment to co-exist in? Sure it is. Meanwhile, the rest of us must survive and make do, be happy and even content with the little that we do have
. 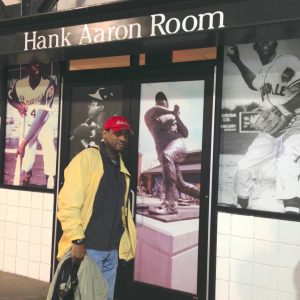 Aren’t those men sick and mentally-challenged; running through Nairobi shooting up innocent civilians? Aren’t those wannabe thugs in Chicago running around shooting babies and bystanders and residents. Aren’t they also sick and mentally challenged? The fight in the Long Island court room this week where two families came together in support of either the victim or the accused, but then fought one another senselessly for the same reasons; aren’t those families hurt, in pain, sick and mentally challenged? All of this nonsense has taken place on the heels of the Boston bombing and mass murderers in schools, churches and in movie theaters. All of these acts committed by men who are mentally challenged and whose lives are disturbed. Where does it end? How do we stop it? How do we heal?At the baseball game before the first inning was over a Brewers player hit a homerun and came around the bases to eventually confront the catcher who stood in his way. Words were exchanged and the next thing you know both ball teams were on the field brawling, pushing, fighting. This is the sort of senseless violence (and the encouragement of senseless violence) that we have adopted, that we need to unlearn and that we need to confront and address so that it stops. A billion-dollar ball team such as the Atlanta Braves is (in my opinion) the culprit and the advocate for violence if they can’t at least, in their expensive, professional positions, be the role models that young people can look up to and admire and respect and follow. Creating a confrontation that is nonsensical and idiotic and uncalled for creates an image, an environment and a practice that is unacceptable and only feeds the hungry beast known as “violence.” After all, the game is called baseball not boxing.

Folks, in order to sustain life of purpose and accomplishment we must first survive. Indeed, it is a survival of the fittest. How much you know 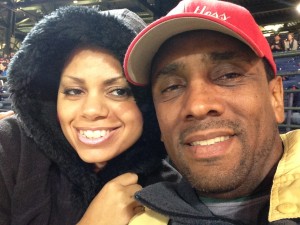 and how much you are able to put that into motion usually amounts to how successful you are. But there must be an equal amount of giving back (sharing what you know), showing conscious concern for our neighbors. If our neighbors are feeling loved and cared for then very rarely would they commit these heinous, cowardly acts of violence. Unless they have some severe mental disorder that calls for hospitalization, or they’re brainwashed and trapped in some sort of religious colt. Most of us (maybe deep deep down inside) simply want to love and be loved in return. That is where the healing begins and ends. Love and be loved in return. That means genuine concern for the people you work with, family members and acquaintances and even people that you just met. If we simply do the least to create the surrounding that is founded on love then rarely (except for isolated circumstances) are we going to meet with or provoke violence. If we do not exercise this simple, inexpensive, effortless task, we are only inviting more of the same violent activity to our own circle. Violence does not merely apply to Third World countries and terrorists on foreign soil. No, violence is also your decision to smile or not to smile at a passerby. A lot of times we hafta fight what we’ve practiced. What we see as that defensive mechanism is not/should not be exercised ALL the time. Like Katt Williams says, (paraphrasing) “You gonna be mad ALL the time? You mad at BACON???” 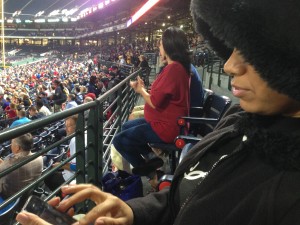 Violence is how we treat one another. Violence is taking advantage of another person who is unwilling, unable or unknowing. Not only that, but the violence that we show indirectly or unconsciously then spreads into our workday or our family lives and our conversations.

Its “acceptable” in our music & entertainment or those spontaneous run-ins with people we don’t know.So then this goes back to the healing I mentioned. Naturally time heals many wounds. How else would someone like Hank Aaron heal? A man who had to overcome great challenges in order to exercise his sporting abilities, confronted by so much racism and hatred in his rise to fame. How has

America survived it’s ugly past of racism and built-in, institutionalized violence against people who had darker skin? Time, and death, and rebirth, and redemption and prayer and soul-searching have all contributed to a lot of the healing process. Obama in office, Dr. King’s monument, great accomplishments in medicine and wealth-building, and laws enacted as well as abolished… Oprah and Jay-Z’s success. Miss America and our new Supreme Court Judge… our local judges and politicians and leadership has changed tremendously, where the landscape of America is so diverse and more colorful and appealing than ever before. Yes, this is what we call healing and restoration. all way down to the cut on your finger and limb that’s been lost, there is healing taking place. Sure, there are scars and we recognize and we help to ease the pain of those scars but we will not progress unless we first survive and most importantly heal. #RELENTLESS 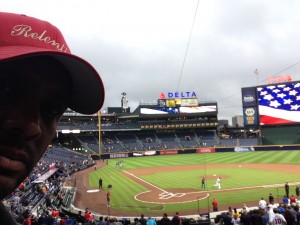 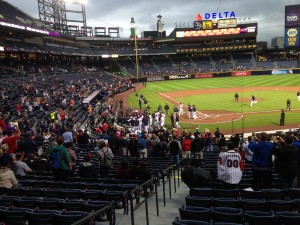