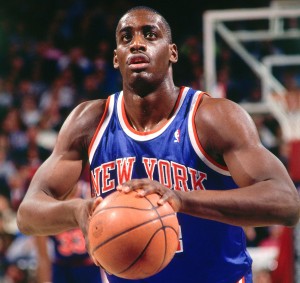 IF YOU KNOW ME, you know I don’t follow basketball. But there was a time when “basketball followed me?” Meaning, the attraction was Gilmores, dad’s ever-evolving night club in city/suburban, “money earning” Mt. Vernon. Yes, Anthony used to come Dad’s club 3/4 times a week. (I suppose that’s off-season.) Gilmore’s was in Mount Vernon, NY. And “Ant” came thru no more/no less than other sports champions/entrepreneurs, politicians and entertainers.

However Anthony and I had grown on one another and he impulsively grabbed me up one night “let’s go for a ride” he said. And we took a trip down to Harlem. 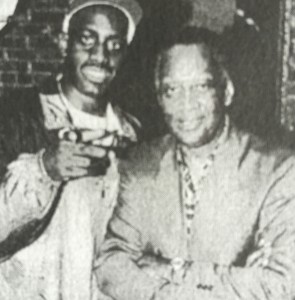 Sure I had been downtown Manhattan hundreds and hundreds of times but I had never made that train stop at 1-2-5 Harlem or any of the clubs there (except for my one time performance at the Apollo Theater /lets not discuss that!) not until “Ant” introduced me to Henry Perkins owner of the famous Perk’s Fine Cuisine on 123rd St. Henry Perkins then introduce me to the rest of the world in Brooklyn, Queens and of course in Harlem. So began my interactions in Harlem, business dealings in Harlem, political affiliations in Harlem, advertisers in Harlem, book sales in Harlem… All kinds of important relationships in Harlem all because of Anthony Mason. *Talk about tipping points and mentors and turning points in a man’s life; while he may have meant basketball and slam-dunks to you, Anthony Mason was an important turning point in my life that continues to pay dividends to this day.

God Bless you my friend

View more posts from this author
« Can You Walk The Walk?
“10 Books That Changed My Life Forever” FREE EBOOK »