You Never Let A Child Out Of Your Sight. Never-EVER. 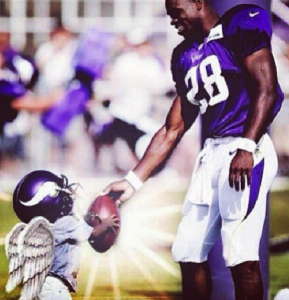 The first thing I thought when seeing this storyline in the media was, “SO???” (I really did.) Becuz how many children die across the country/the world even, but we don’t learn about it. hell,

EVERY child is important, not just celebrity-children or children belonging to celebs.

Becuz some dude throws a ball around and that a crowd jumps for joy, I’m supposed to mourn over his child (and the decisions the child’s parents made) vs some other poor, unknown, uncelebrated soul? Fuc outta here. I don’t follow football. Never cared about it. The realest shyt I read was “Who the father is does not come into play in this investigation…” That made perfect sense. I TOAST that reporter. What DOESN’T make sense to me is all this public outrage and uprising for the celebrity stuff, but you ignore the hungry, sick, abused, dead child RIGHT next door. Stop it.

Having said that, before you see me as some insensitive prick, and since I’m in “Rome” just as much a practitioner of our senseless practices as the rest of you, let me say: the Mother is as much to blame as the boyfriend. May as well leave the child near a hot oven #gasleak. 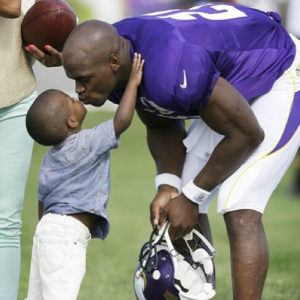 Nevermind you didn’t know their was a leak or the potential dangers. You leave a child with anyone (even the maternal father in some cases) u

betta know that man GOOD! REAL good. Your job as “Mommy” is to never let that child out of your sight. NEVER-EVER. Meanwhile, the dude who executed these actions against this child is the worst kind of human being/yes, worse than #EddieLong and #WoodyAllen. History shows us these cats won’t live long. #JeffreyDahmer#ArielCastro. I give him a few years before someone behind bars makes the sacrifice to right this wrong. The other thing I want to say is I hope this sports star uses his celeb power to pull people together to address all forms of child abuse, on all levels. We need to stop with the Usher-baby and Tyson-baby woes and “turn up” to rep ALL babies. Because as I type this, some poor kid is being shaken, slapped, and perhaps even executed. Just sayin #relentlessaaron

View more posts from this author
« RED FLAG DOWN – My discipline is my joy & pain, both
HOW NOT TO SUCCEED by Relentless Aaron »