The Audio, The Video, The Book: Relentless Aaron Daily

i reminded myself that while the audio in my life began in or around the mid 80s, the video only began in 2003 where you all have watched close-up or from afar, the progress of “Relentless.” The book however, began so many years before that.
It’s when the video tape started rolling that I had to come to terms with who I am, since that was who you’d see/the image that’s projected the reflection of my “insides.” And lets be honest and realize that while what we hope for or dream about may not be altogether reality, the image we project can most times be influential in an age where “image is everything” (so to speak). Yes folks: hot-flash…  we are visual as humans. Sure. we’re feeling, thinking and all-knowing. But first, we tend to be visual. That is a practice that we learned from childhood, and one thats hard to “un-learn.” So, understanding that reality, I had to define that. And who I am is defined by what I say, what I do and how I think; even if i’m not 100% there, as I think I am, I move closer and closer to the truth. MY truth.  It’s not where I’m from, who I know and what I see. Therefore, if we determine the value of an individual, assessing their conversation, their actions, and their thoughts… We are more likely to know the truth about that individual. However, if we determine the value of an individual by where they are from, who they know, and what they see or reinterpret or channel, then in fact, we are adopting, absorbing and embracing the superficial, the phony, and the fictitious side of life. And thats when your life imitates art. And imitation is FAR from where I wanna be. How about you? It is only when you mature, or when you are in search of the truth and you are distancing yourself from the lies, that you control your reality. And I hope that YOUR hope is to become the living truth ‪#‎Relentless‬ 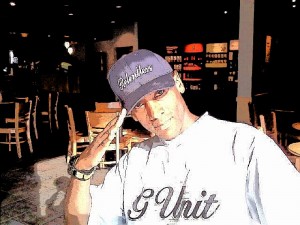 View more posts from this author
« GET YOUR ENERGY BACK! Optimum Health & Wellness by Relentless Aaron
Please! Stop It! Hip Hop Evolves, Good, Bad or Indifferent »