Years ago, ABC NEWS CALLED ME “The Kanye West of Urban Fiction” and at the time, I’d hafta agree with them. I was against the grain, unorthodox, and blessed with a huge publishing deal, the biggest for any urban lit author at the time. I was cocky, deliberate, and I felt the world was mine. This was a wave I rode with pride, since I had worked long and hard to achieve all I had achieved. Sacrifices. Loss. Hard work. There was a point when I had to humble myself. My high horse had shot out from under me. The air had been sucked from my balloon. Change had fallen upon my shoulders and I honestly wasn’t ready for it. Right; me, the guy who’s always talking about prevention,, consistence and mastery. Me, the guy who the library Journal notes:

“For an incisive look at a man’s inner thoughts and feelings as he juggles multiple sexual encounters, look no further than Relentless Aaron’s (Extra Marital Affairs) new novel. In capturing the emotions of pure sexual release and introspective debates on being true to women, this author is unparalleled”. 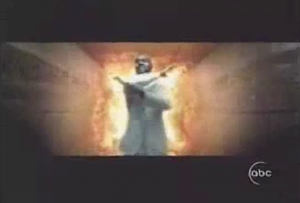 Imagine that such success and such accolades weigh upon my shoulders, right before the life-changers hit; my wife of 14 years puts my personal belongings/clothes, etc in Hefty bags/stacked by the door. (Used our children to help her do it). At the same time, the book I produced for 50 Cent and the G-Unit brand wasn’t gettin the 50 Cent support that I initially  expected. Add to that, the publicity and marketing department who were tasked with promoting the books was brand new to urban culture and had to even ask ME who, how and where to move in sharing these books with the world. In fact, they had changed publicists 2 or 3 times during and after they dropped the checks on me.

Yes, my career was (and has been) as futile and as fueled by controversy and misguidance as Kanye’s is and has been. So, to that end, ABC News was SPOT ON. However, winners never quit… And I’ve been achieving, cautious and carefully, ever since. Kanye however, has been crying the blues.

Recently, Kanye appeared on Sway’s Internet radio show and the truth spilled out. It makes for good conversation, and for me to add perspective and a voice of reason… 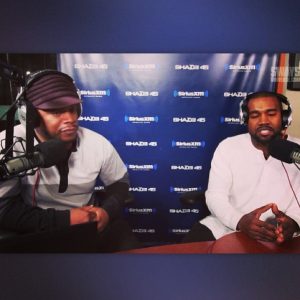 2 brilliant minds on this interview and they both missed the point. Sway did not understand Kanye’s world/Kanye did not understand Sway’s world… Sway has been heavily buried in music and culture, Kanye has been buried in producing, performing, etc. Both of them misunderstand the reality of “24.” Kanye laid it out as it relates to his diversity as a creative artist, including his rapping, fashion and family etc. He was basically outlining why he’s unhappy/frustrated about his positioning in life. And here is the lesson: Kanye’s plight is to receive manufacturing, publicity, and OPM in order to push his ideas to the forefront. With his ideas at the forefront, the theory is that the popularity of being at the forefront would spread into his other areas of creativity. At the same time he wants 2control everything. The only way to achieve the results Kanye wants means surrendering decision-making/delegating certain authority. In the end he should have just one control and that is quality control of his name and products that are released in his name. This way he can focus on performance and producing. but with 24 hrs in a day it is impossible to be everything to everybody and that is what Kanye wants. on the surface he may know what he wants but deep down but he doesn’t know is that he wants to be as resourceful as possible with his 24. he either does not know this or no one in his circle has explained it to him. my guess is that no one in his immediate circle is clear enough or educated enough to know that truth.Look at a number of other models that are successful with their 24 hrs and u will see the magic of duplication, of efficiency, and of successful branding across multiple platforms. in the end, Kanye wants successful branding across multiple platforms but it all comes from his voice. his voice may be his imagining or his audible voice or his vision casted on the world. it still all amounts 2his voice. The lesson to be learned in the Kanye-a-thon is that there are but 24 hrs in a day and your job is 2be the most resourceful with those 24 hrs, doing the most and achieving the most. if u are not a master and u are using this process u are @Least winning further gains. But if u are a master, as Kanye is in many cases, and if you learn to be most resource full with your 24 hrs, u will win further gains and ultimate success across multiple platforms.SIDE NOTE: 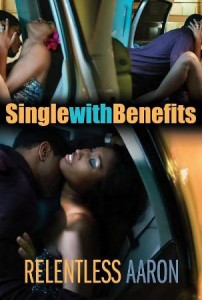 I can’t tell Kanye what he should or shouldn’t do; but as a life coach, I’d suggest he be focused on his own brand.

So right, that he doesn’t influence sales of Benz. They’ve built their brand and a solid foundation/fan base. Just becuz he says “Benz” in his music doesn’t make folks want one. Reality is, when he mentions benz or nike it adds credibility to Kanye more than it does visa versa. He’s losing hus fkn mind if he thinks he MADE Jordan bcuz of his influence. If anything he helped maintain relevance, but thats his choice. He dont get diddly for that unless its well planned and executed as such. If being a “slave” is the result of “enjoying” a brand, enough to mention them, or suggest them to the people who follow you, then Hell, WE’RE ALL SLAVES KANYE! We’re slaves to bread, and orange juice and EGGS! “Hey WORLD! I’M KANYE WEST AND I’M NOT THE INVENTOR OF
EGGS, BUT I ENDORSE THEM, I’M MAKING THEM MORE POPULAR BECUZ I MENTION THEM IN A SONG/ON STAGE, SO WHERE’S MY CHECK!” I know that sounds idiotic, but… hey, if the shoe fits… Meanwhile,  another lesson here is that he needs to focus on Kanye and not other brands/unless he’s riding and dying with these brands. Many of you (if you’ve been paying attention) have heard me talk about “riding the tiger” well these are all “tigers” as it relates to Kanye. Mercedes, Nike, Addidas. And if he would study up on his branding he would understand what he’s getting involved with as opposed to crying every day that he is not a tiger. And just because he cannot be a tiger in a certain way does not make the rest of us slaves because we enjoy these other tiger Brands. I do not make or break Starbucks/they are a tiger in the coffee business and in the relationship-building business. They are even in the business of facilitating business relationships. Shoot, I’ve earned new business minutes ago because of Starbucks and the spillage I receive from “riding the tiger.” Do I deserve more for the value I bring, of course I feel that. But I also know “there’s levels to this.” What kind of fool would I be to demand a sit-down with Mr. Schultz? I would fare better if I proved my allegiance to the brand and presented the possibilities and ideas that might fuel the brand and feed the tiger. But I do all of that in respect of this tiger and I would never go in talking about “I am a slave to this tiger” since it’s my choice to be involved with this tiger.
Again, Kanye is young and lacks the knowledge in order to negotiate his way around these tigers. All I can say is that readers are leaders and that so many of my comrades, entrepreneurs entertainers small-business folk can learn from this foolery and they can come up and grow and mature and win. Kanye won’t teach you that, but Relentless will.  Just read up on your branding and maintain consistency and upward mobility as it relates to knowledge information. and resources in your field.
In case you missed the high-energy interview, here’s the link
Kanye West and Sway Talk Without Boundaries: Raw and Real on Sway in the Morning
i’m done here #teacher #Businesslifecoach#kanyewest #swayuniverse #relenntlessaaron

View more posts from this author
« Master Your Craft And Own It! Be Unique And Be Unstoppable!!!
Meeting Sanchia Jeffers… »