From Oprah’s Mouth – “I Have Not Waivered” 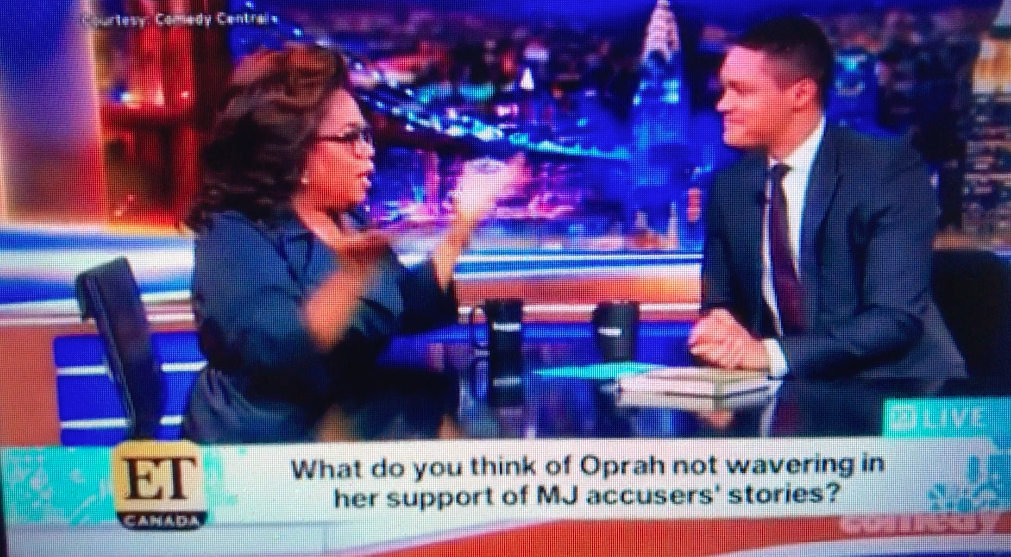 LEAVING NEVERLAND has got many Michael Jackson fans and haters in an tizzy. Half of us have conspiracy theories "Oh he just likes kids" "oh he just never had a childhood". And the other half of us can see thru the bullshit. Half of us believe that Michael's celebrity status protected and insulated him; the other half believes that dead or alive, "MJ is the biggest pedophile on Earth. And he died just in time before Social Media could eat him whole.

Well, altho Oprah's been wrong in the past, she's grown more aware than I've even seen her and I'm riding with her.

Below is the link to her appearance on Trevor Noah's DailyShow where she doubles down "I have not wavered." Even tho MJ supporters have created rumors to say she changed her mind, even tho there are efforts to remove these facts from the internet, I'm sharing this for all those who need some truth in their lives. Face the music; during a certain period in MJ's life, he became a creep... a prodator, and thats just unfortunate. But deal with it