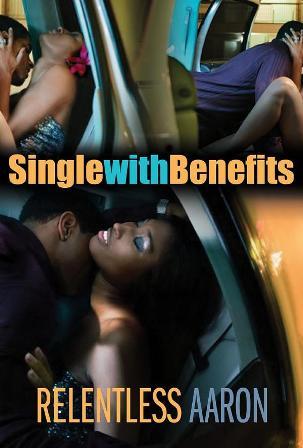 Verdict: For an incisive look at a man’s inner thoughts and feelings as he juggles multiple sexual encounters, look no further than Relentless Aaron’s (Extra Marital Affairs) new novel. In capturing the emotions of pure sexual release and introspective debates on being true to women, this author is unparalleled. As a bonus, the sexual scenes are a matchless combination of sensuality and naughtiness.

Background: Shawn Hopkins, a 19 year old intent on achieving success, has fallen hard for Venus, who flaunts a Caribbean woman’s sensual attitude. Although vexed, Shawn reluctantly agrees to share space with Allison, a girlfriend of Venus who needs time away from her man. But temptation soon arises, and Shawn enters not one, two, or three, but five sexual relationships, as well as enjoying a threesome with Venus and Allison and mixing work with pleasure by sleeping with his boss, a wealthy client, and a wealthy client’s administrative assistant. As he becomes financially successful, Shawn ponders to which woman he wants to commit forever but fails to notice the warning signs of romantic disaster. The morality lesson here: being played can dampen the pleasures of the bedroom.

View more posts from this author
« Dozens of New Apps for Mac, all for $10 Per Month. Productivity
When it comes to Life-Changing Information, This is where it began for me… »