THE RELENTLESS AUTHOR GOES CORPORATE: MANAGING THE SIDE HUSTLE

So you wrote a book, or two, or twenty, or THIRTY NINE (like I have) and you’re suddenly realizing that the book business is not giving you what you feel it owes you. After all, look at the mega-success of others who have made great strides in their respective industries, be it Basketball, the Movie business, Ministry or Politics… any of those industries earns you a round of applause for your great accomplishments. So there’s that instant gratification. But what applause do you get as a writer who’s efforts sometimes take years to be released, or who’s earned global acclaim, especially in this failing marketplace? Most writers won’t be featured on ABC World News, or on the cover of the New York Times Arts & Leisure section, or in Time Magazine. It’s just not realistic. So then, what realities will I realize as a writer? What are the possibilities if I’m not aggressive like Relentless is? What is the truth if I don’t land a 14 book/six-figure debut deal like Relentless has? What are my realities if I don’t live in New York where millions of people mill thru the streets, or if I don’t have the connections, the heart, the gumption like Relentless has? Am I just doomed after so many years in school and my greatest desire being a best-selling author?

Those real questions are about to be answered by real answers. Hold onto your hats…

If you are a writer you had better learn to master your craft. But not only that; you had better learn to be innovative and to network with others. Furthermore, you had better come out of that introverted shell that writers are so accustomed to, and you better interact with your audience on real tangible levels, because this is so much the virtual world where real people (YOUR READERS) are savvy enough to look for and want what’s real. You think you need only write the most polarizing commentaries to get attention? Think again. You think blogging until your fingers fall off is going to win you global acclaim? Think again. You think attaching yourself to celebrities is going to earn you equal billing? Think again!!!

This is your wake up call! 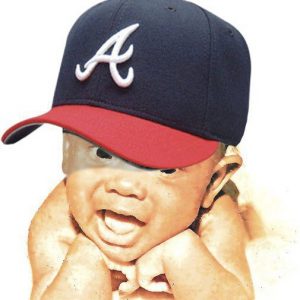 And the truth is you’re not ready to stand in a foot of snow in a NYC blizzard to sell books. The truth is you’re not willing to stand in the 101° heat, soaking-wet to sell books in New Orleans. And I would imagine that 99% of you would never consider boarding prison buses to deal with, negotiate with and encourage women who are heading up to prisons to see their brothers, uncles and husbands. And even if you’re willing to do all of that, you still now need to bear the burden of an industry that has nearly gone belly up but for the advent of electronic publishing. Walmart has pushed the books to the back of the store across the county. Small book stores have folded and diversified to the point that they’re no longer a “book store” but a variety store. Electronic publishing is to the book industry what Napster and file-sharing is to the music industry. Just call it the death-knell. Most every publisher is lying to you about numbers, and like the existing book store shelf space, best-seller list positioning is purchased. And so in these challenging times you had better situate a “side hustle. “Furthermore, your side hustle had better be close to, if not a major part of the brand that you have begun in your writing career.
You see, if your side hustle is somehow attached to your book writing then you will sell books by default. Because of course you have ordered books from your publisher right? And you always have books in your bag, on your person or in your car trunk, right? Because, after all, we are not just writers but we are also marketeers correct? We are not only promoters but we are actually writing “what we know” and sharing experiences that might be of interest to others. Essentially we (more than everything else) are RESOURCEFUL, aren’t we? Did you just think you would write a book and that it would somehow fly into the hands of those who might be interested? The most successful authors are those who have careers. Rush Limbaugh, Bill O’Reilly, George Stephanopoulos, Barack Obama, Bill Clinton and a slush pile of sports legends are all best-selling authors by default. They have earned their audiences in whatever capacity, and their popularity has sold their message. Their message happens to be in a book. Sidenote, some folks share their message on CD or in newspapers or over the airwaves, on t-shirts, even. But, perhaps you are an author who shares their message through the vehicle known as the perfect bound book.

Well, if you look at these successful models then you understand that their foremost initiative is in their career while YOUR foremost mission or desire might be writing books. Did you ever consider flipping the script? Did you ever consider that whatever it is you master, (that very thing that you share in your books), just might be where your focus SHOULD be? And if your focus is on mastering your craft then quite frankly you will be a best seller in some way, shape or form. Even if you’re a best selling author on your residential street, that is an accomplishment. But I encourage you to make certain you have identified your purpose in life and books will sell by default.
Over a year ago I began East Atlanta Multimedia Inc., an institution that embodies all of my skillsets, including graphic design and book writing and book publishing and film and video production and audio production and brand building, event production and websites and on and on. Thank God I have mastered these various multimedia skills, because if I was to keep a roof over my head and clothes on my back and food in my mouth based on the mega debut book deal, the one that made history six or seven or eight years ago… If I was to count on my popularity in news features and radio features and TV features and the fame surrounding an author of dozens of books… if I was to rely solely on fans and awards and networking and hearsay and all of the hype that goes with being “and established author”… if I was to rely on all of that and didn’t have so many other skills to rely on, folks I might as well put a gun to my head. This world is ever-changing and no one/nowhere could be prepared for the very next thing to happen in life. You can try and forecast it, but that very next thing could very well impact the industry. That very next thing could impact your life, such as a divorce or a death, a car accident or some other life-changing circumstance. There’s an old song that says “you not you’ve got to know when to hold and know when to fold.”
But my song is different: is goes: “you’ve got to be prepared for ‘come what may.’ And all day, that calls for a side hustle, a “Plan B” or even (in some cases) an “Exit Strategy.”

View more posts from this author
« I’M ALL IN! MAKE MONEY AS YOU NETWORK!
Curt Boogie – A Dedication To My Friend, Curtis Southerland »