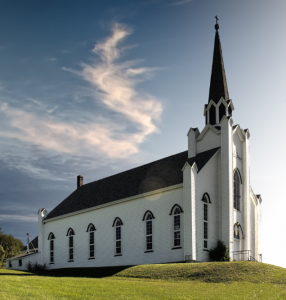 In a world where everything is about creating capital to survive, music, movies and books were all once attractions of capital.

The fact is, no matter how much we deny or how much money is thrown towards marketing and selling, things have changed.

Only in the past year have we seen the floodgates open,where the bandwidth and the accessibility to CONTENT has shifted. Within the same space and time, companies are feverishly attacking the alternatives that can get their products, services and messages sold. Gone are the days when you could just create something and expect that it will be accepted, talked about and absorbed. Why is that? Because, whereas 25 years ago you could look forward to the work of a handful of artists, today there is a handful of artists for every passing second. Nowadays, everyone and their mama has a video camera, an audio recorder, and access to the Internet. The 3000 people who had money to spend on those 25 artists are now subjected to a virtual attack. The consumer is being attacked visually, audibly and even mentally.

Companies are paying big bucks to get into the subconscious of the mass-market.

Preachers are even a part of the products services and messages and they’ve taken to persuading their congregations to turning off the television, the Internet and shutting down the radio, if only to listen to their sermons.

It’s a powerful concept really, where you can have your audience to shut out everything else but for to listen to you.
So then, if that’s something that has been working for some time, where preachers are turning their congregation into missionaries, then shouldn’t you (the entrepreneur) look at that model and try to make the same process work for you? Shouldn’t you identify a captive audience and show cause why your message, your product, or your service has extreme value and should not be denied? And what makes you so relevant and so extreme in value and so important, where your audience (or your missionaries) should follow you and support your cause?
The fact is, there are some jewels in this commentary as there are some methods and practices in the church that entrepreneurs should admire. Look at their branding. Look at their messaging. And look at the selflessness involved in the process.

Sure,the church has received a bad name, but for some seedy leadership and the great wayward machine of capitalism. But there’s no denying that there are also good lessons to learn in the church.

And before you assume that I am about to get into a sermon let me also suggest that Harley-Davidson, State Farm, and a number of other companies have also adopted and they’ve exercised these practices.
And so the pot of gold goes to the winner, but the winner is the one that does the most research, in the most unique communities. Go ahead and build your community the best way you know how, but also learn from the communities who are already winning.#Relentless