Relentless Makes It “Holla!” The Gentleman 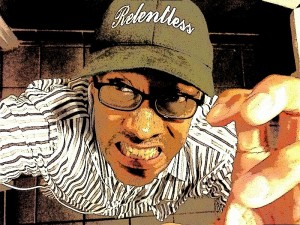 I met a woman the other day (in Starbucks) and she told me the story of her husband dying/ and her grand parents dying just b4 he did. She’s now got the job of taking care of 2 young boys and finding a job. He passed away last December, and things have been erratic ever since. Today I found her card, called her and suggested she come over (to my office) for coffee. She explained that it was “one of those days” and that she was going thru crying spells. I told her (I quote) “Put something on, shut it up, and lets go eat… I’ll expect you in 20 minutes w/o the PJs. LOL”

After the coffee, I suggested lunch. But before lunch, I filled her gas tank (it was on “E”) as well as I washed/vacuumed her car (manually) and there was the interior, windows, etc.

Over lunch she talked a lot (a fcuking LOT) about her late husband, but every chance I had to change the subject or to direct her from spiraling. Anyway, after lunch she told me: “I so wanna repay you, but I can’t, I’m broke. I crunched my face up/choked back my head and responded: “repay?” Then she explained how she moved from North Carolina some time ago and since her husband died her experience with dating had her meeting men who straight-up asked her “so how much to make it holla” I laughed my ass off at the idea, and she went on to explain how guys were into “pay to play.” I explained that I never once paid for sex. (well, there was this Jet Magazine “Beauty of The Week” I flew in from Texas a few years ago… but besides THAT!!)

And in parting she again inferred that she “felt so guilty.” But I smiled, gave her a warm hug, and said “thanks for the company.” It’s funny to me how women are navigating thru the BS that life throws at them. But it better be clear to everyone else that I’m not part of the same “BS.” I do shit because I want to/because I can/from my heart. Thats the zone I’m in since a world of clients, relationships and people (in general) have blessed me, even as I am already anointed. I’m just “different.” #relentless

View more posts from this author
« A JACKSON 5 BREAK
So Was I Lying? “You Died Today” Relentless Visits The Washington Navy Yard Massacre »