So Was I Lying? “You Died Today” Relentless Visits The Washington Navy Yard Massacre 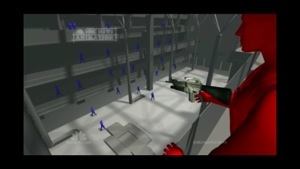 In yesterday’s post titled: “You Are Scheduled To Die Tomorrow” I spoke about the reality of many people dying on Monday, mainly from heart attacks, stress and the pressures of life.

But Here it is Monday, in the world has now witnessed my prophecy coming to life. Sure, I did not speak (specifically) about a gunman letting loose on the world, however isn’t what happened today spot-on with yesterday’s commentary? So today’s activities may not amount to your stress anxiety and hatred, however it certainly represents a sort of”secondhand smoke.” That is, the reflection of someone else’s actions as related to stress, anxiety, hatred and the like. And by now, we all know that secondhand smoke can also kill us and is just as deadly.

Today’s mass killing in Washington DC, our nations capital, left 12 people dead and others injured, all of them the victims of someone else’s stress, rage, anger, and hatred. That so-called secondhand smoke. And thick smoke it was.

Naturally, we don’t know all of the details, but we do at least know the gunmen (named Aaron Alexis) let loose his anger and frustration in his fit of psychotic/cowardly behavior/gunning down innocent, and unassuming citizens with his automatic assault rifle. We also know that Alexis had a past history of hostile behavior and even police investigations relating to the same. Of course there was his being evicted, and ultimately this amounts to an unhappy man.

Please don’t think that I am giving a pass to someone who is unhappy and rationalizing his behavior. That is not the point of this post.

The point of this post is to remind the world what I have been saying all along… If you look at my posts relating to Sandyhook school in Connecticut, I brought attention to the fact that many men are walking around unloved, uncared for in an already unfriendly world. Whether you agree with me or not, the fact remains and the realities support my theory. We need hugs. We need compassion. We need friendlier interactions on a daily basis to represent the love that every human being requires. Many of us have families that love us. Many of us are part of organizations and church groups and gatherings of friends that help to secure the idea of feeling wanted. Here again I am expressing to the world, (before the next tragedy takes place), that you need to reach out to the folks around you. Get to know your neighbor, show them common concern and respect and genuine friendship. If you continue through life in the neighborhood in which you live, milling about as if no one but you and your friends and your family care, you are going to miss out on the loose cannons in your neighborhood. And there is just no way to stop it unless you first identify the problem. 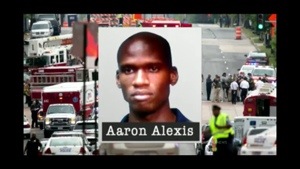 We’ve all heard of Big Brother and Big Brother Is certainly present in the cameras in the sky and the satellites and the technologies that search our databases. But folks, Big Brother cannot read our minds. The “Thought Police” concept only works in fiction books and movies, or in the courtroom if you’re facing a “conspiracy” charge.. This is no Tom cruise movie where a crime can be anticipated and prevented. The folks that mill about and wander the streets, (even though they may seem normal), need compassion and understanding. They don’t need law enforcement to roll up on them In an unfriendly manner only two ask them “where they’re going” or “what they’re doing” and “where is your ID.” that is not compassion. If anything, what that does is further encourage the individual to commit heinous acts like the one today. Did you see this video today? The fight that two brothers had with police officers who stalked them into the fast food restaurant called “Coney Island “in Detroit? Here’s the link:

So why is this subject is so deep for me? Because I too have been a person Who was an outcast, wanting attention, in need of love. I could go back 25 years and remember my derelict activities of creating a “Tylenol-killer letter” in my living room. I remember a recent news article where a reporter suggested that such foolery was but my early fiction writing experience. And here I am, years later, a renowned, award-winning author. Who knew???LOL
But here we are decades later, where I was homeless for quite some time, living in my own world, with my own rules and procedures, basically abandoned in a state and a town where no one knew me, with no one there to care for or question me as to how I was doing even on the most infrequent basis. I can visualize me in Aaron Alexis’ shoes. All the easy access to guns in Atlanta? No question. And how many times did I imagine… I could have returned to the confusion that I left in New York; where I caught my wife in bed with another man, and where I lost my family in that one fell swoop… I could have returned with an automatic weapon and ended it all simply because she decided to go against the pact that we had to be a family and raise children. For once your family is taken from you, what else does a man have to live for? But I bring that up to compare scenarios, since this is happened over and over again where some men have shot their wives and a strange wives. And then they turned the weapons on themselves. Me? I’m a

writer, so it’s quite easy for me to express myself with a pen and paper or that almighty computer keyboard. #Therapy Thank God, I had a talent and a large following of supporters who have been with me since 2003. Thank God I had hope for a future and a long past of positive engagements, events, alliances and associations that served as my foundation and a foresight on my future, my legacy. Essentially, my own discipline prevented me from becoming the loose cannon that you saw in the news today. But so many others don’t have the hope and the talent and the foresight and the experience and the blessings that I have.

So, when I speak about the Wayword men in our communities and the lack of attention and affection and concern that we receive… Even the attacks that we undergo from various levels, I speak from the heart. Meanwhile, all of these news programs and their armchair-theortitions, can’t tell you shit about the realities behind these mass killings. All they can do is speculate and perhaps call in psychologist to try and dissect the reality. But none of them are living it!

I speak the truth. Even though I had high hopes and dreams of a positive future, (After that wicked ending to my marriage and family in New York) I was living in a van for close to three years. Even as I progressed from the van to the 28 foot motorhome, I still received attacks (Printed in the Op Ed section of the local newspaper, of course) from random members of the community/folks that didn’t even know me, as well as idled police officers. Family, I am telling you that folks were pushing my buttons at every turn. They were making it hard for me to breathe. If not for my own discipline, and my own drive, I may have been that shooter we all came to meet today.
I could write a book about this and I might do so. However, this is such an overwhelmingly life or death concern in our nation; And so I felt a duty to share this information and resource that needs to be spread throughout the country. Right now. So please believe me when I say “life’s been good to me so far!” Please share! Thank you for listening. R.I.P. to the victims and their families
#relentless #reformedderelict

Here’s a related article with loads of statistics… 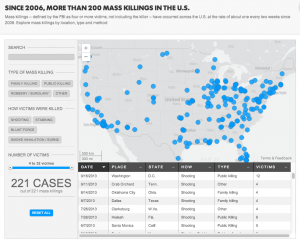