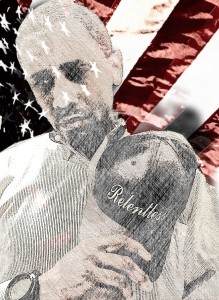 RECOGNIZING that this is such a dog-eat-dog world out here, and also taking account of how other countries show such an indifference towards life; The good ole’ USA is a great place to explore freedom; freedom to move, freedom of speech…

Yes, the first movers of the world snatched up slaves to have them build their nations. Yes, those nations killed/slaughtered others in effort to keep what they’ve built, right or wrong… But this has been ongoing since the beginning of time, even since the Trojan War, everyone fighting for “available resources.” Even after the “in-fighting” of the Revolutionary War and Civil War, we’ve still emerged as a highly industrialized nation with some sense of civility, diplomacy, and human rights. For whatever reason, the US is one of the front-runners in that fight for resources.

Sure, nothings perfect, but in light of the history of this world and its ills, I’m glad to be alive in America.

No, I wasn’t born the King of Egypt or a Emperor in China. No, wasn’t born in manger in Jerusalem or in the forest with the Aborigines… I wasn’t even born with a silver spoon in my mouth here in the states, where family fortune was passed to me, nor with a supportive family history… yes the support group you have around you/people who come together often and who are genuinely interested in your well-being/stuff you might take for granted… (right, THAT)… well, I’m not as fortunate.

The people who are supposed to be my family, both on my mother’s side AND my father’s side (most of them) are as distant, as disconnected and as dysfunctional as that ball on the end of that rubberband, stapled to that paddle.

All over the place. Sad truth. But, even as the Black sheep, I have been able to appreciate my surroundings, wherever I am in the world, and I have been able to make friends and manufacture family thanks mainly to the laws of the land, the practices of the land and the conscience on this land we call AMERICA. Not a perfect place, but one where I’ve been able to “get along,” to “succeed” (to whatever degree) and to survive under most circumstances. God Bless the veterans of this country, and the families who have lost soldiers. For this is where I live and breathe and hope and dream. #Relentless — listening to John Legend at Starbucks.

View more posts from this author
« Welcome One & All!
Stop The Clock – A Key To Bouncing Back To Good Financial Health – All That & 2k in Resources »